Libertarian notion of US government is foolish fantasy

Is libertarian economics at all realistic?The answer is no 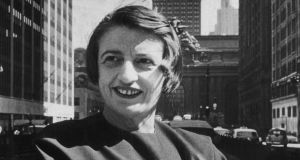 In the latest New York Times magazine Robert Draper profiled youngish libertarians – roughly speaking, people who combine free-market economics with permissive social views – and asked whether we might be heading for a “libertarian moment”. Well, probably not. Polling suggests young Americans tend, if anything, to be more supportive than their elders of the case for a bigger government.

But I’d like to ask a different question. Is libertarian economics at all realistic?

The answer is no. And the reason can be summed up in one word: phosphorus.

As you’ve probably heard, the city of Toledo recently warned its residents not to drink the water. Why? Contamination from toxic algae blooms in Lake Erie, largely caused by the run-off of phosphorus from farms.

When I read about that it rang a bell. Last week many Republican heavy-hitters spoke at a conference sponsored by the blog Red State – and I remembered an antigovernment rant a few years back from Erick Erickson, the blog’s founder. Erickson suggested oppressive government regulation had reached the point where citizens might want to “march down to their state legislator’s house, pull him outside and beat him to a bloody pulp”.

And the source of his rage?

A ban on phosphates in dishwasher detergent. After all, why would government officials want to do such a thing?

Lake is dying again An aside: the states bordering Lake Erie banned or sharply limited phosphates in detergent long ago, temporarily bringing the lake back from the brink. But farming has so far evaded effective controls so the lake is dying again, and it will take more government intervention to save it.

The point is that before you rage against unwarranted government interference in your life you might want to ask why the government is interfering. Often – not always but far more often than the free-market faithful would have you believe – there is a good reason for the government to get involved. Pollution controls are the simplest example.

Smart libertarians have always realised that there are problems free markets alone can’t solve but their alternatives to government tend to be implausible.

For example, Milton Friedman famously called for the abolition of the Food and Drug Administration. But in that case how would consumers know whether their food and drugs were safe? His answer was to rely on tort law. Corporations, he claimed, would have the incentive not to poison people because of the threat of lawsuits. So, do you believe that would be enough? Really?

And, of course, people who denounce big government also tend to call for tort reform and attack trial lawyers.

More commonly, self-proclaimed libertarians deal with the problem of market failure both by pretending it doesn’t happen and by imagining government as much worse than it really is. We’re living in an Ayn Rand novel, they insist. (No, we are not.) We have more than 100 different welfare programmes, they tell us, which are wasting vast sums on bureaucracy rather than helping the poor. (No, we do not; and no, they are not.)

Talk about the role of government and you invariably have people saying things along the lines of “do want everything run like the DMV [department of motor vehicles]?”

Experience varies but my encounters with New Jersey’s motor vehicle commission have generally been fairly good (better than dealing with insurance or cable companies), and I’m sure many libertarians would, if they were honest, admit that their own DMV dealings were not too bad. But they go for the legend, not the fact.

Libertarians also tend to engage in projection. They don’t want to believe there are problems whose solution requires government action so they tend to assume that others similarly engage in motivated reasoning to serve their political agenda – that anyone who worries about, say, environmental issues is engaged in scare tactics to further a big-government agenda.

Paul Ryan, the chairman of the house budget committee, doesn’t just think we’re living out the plot of Atlas Shrugged; he says all the fuss over climate change is just “an excuse to grow government”.

As I said at the beginning, you shouldn’t believe talk of a rising libertarian tide; despite America’s growing social liberalism real power on the right still rests with the traditional alliance between plutocrats and preachers.

But libertarian visions of an unregulated economy play a significant role in political debate, so it’s important to understand that these visions are mirages.

Of course some government interventions are unnecessary and unwise. But the idea that we have a vastly bigger and more intrusive government than we need is a foolish fantasy.