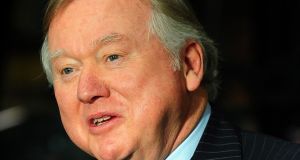 Lord Bamford, whose father founded JCB in 1945, has been an outspoken supporter of leaving the EU, while CBI members have warned against it.

Both parties confirmed the decision but declined to offer reasons why. The move will be seen as a blow for the CBI, which will lose the backing of one of the UK’s biggest manufacturers.

A CBI spokesman said: “It’s always a shame to see any member leave the CBI, but we recognise that businesses have competing priorities and we respect that.”

JCB employs around 5,500 UK workers at 11 factories and operates other plants in North America, India, China and Brazil.

Lord Bamford’s support for leaving the EU was underlined when Vote Leave – the official “out” campaign – confirmed this summer that it had received two donations of £100,000 from JCB.

On Sunday, leaders of the CBI expressed alarm at the apparent direction of British government policy towards a hard Brexit option, which they say could see tariffs imposed on 90 per cent of British exports.

1 Who are Ireland’s 17 billionaires?
2 My father in a nursing home wants to gift me his house
3 Are there annual limits on inheritances or gifts to a child?
4 Long-hyped smart fridges will never run out of milk or data
5 Ireland ranked second in Europe for data breach notifications
6 Richer countries must do more to tackle climate change, Thunberg tells Davos
7 Trump holds America up as ‘example for the world’
8 Countries that fail to attract immigrants will lose out – Microsoft chief
9 Apple’s secretive Cork facility opens up – to an extent
10 Swiss police suspect Davos plumbers of being Russian spies
Real news has value SUBSCRIBE