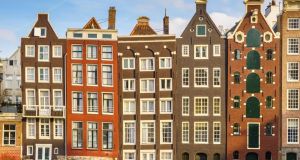 Holland’s byzantine network of tax treaties has led to some 23,000 shell companies setting up in the country

There was a sharp intake of breath in The Hague at the end of March when a senior executive of Starbucks told a British parliamentary inquiry he couldn’t reveal how much tax the company pays in the Netherlands – because of a confidentiality agreement demanded by the Dutch tax office.

There followed a blizzard of denials by the Dutch finance ministry, who attempted to reassure angry MPs in London: “There is no hindrance from the Dutch government or tax authorities which would prevent or attempt to prevent individual companies from publicising their tax arrangements.”

Whoever was telling porkies, the exchange underlined what has been emerging as a deep ambivalence among government and business interests here about the Netherlands’ image as an international tax haven.

They want to change it – but not in any way that hurts economically.

That ambivalence was captured perfectly during a follow-up parliamentary debate, at the end of which MPs passed overwhelmingly a resolution telling the government to stop promoting the country as a “tax paradise”. However, the MPs shied away from any actual change in the tax laws for fear of “scaring away” lucrative multinationals.

Government tensions
Those same tensions have been evident in the Liberal-Labour coalition government which took office last October with a faltering economy and nothing to promise but deep austerity.

Labour leader, Diederik Samsom, has been blunter: “I don’t like the idea that the Netherlands is a tax haven. We levy far too little tax on companies that do nothing here but pump their money through. We are going to tackle this step by step.” The first step has yet to come.

While Ireland and the Netherlands are alike in that both are small, economically exposed, countries not wanting to alienate international companies bearing much-needed jobs, Holland’s corporation tax rate is less of a draw at 25 per cent than Ireland’s at 12.5 per cent.

That tends to keep the Netherlands out of the limelight.

What makes the Netherlands attractive, however, is its byzantine network of tax treaties and loopholes – which has led some 23,000 “letterbox” or “shell” companies to set up shop here using government-licensed trust firms that specialise in creating and managing subsidiaries for multinationals.

Those companies reported a combined annual turnover of some €8 trillion in 2011 – around 13 times the Netherlands’ GDP. That shows the punch they pack – and the potential cost of losing them, conservatively estimated at €1.5 billion a year to the treasury.

Intellectual property
Amongst the Dutch tax provisions these companies find most alluring is the absence of withholding tax on earnings derived from intellectual property, such as royalties, which has attracted global names in the music business, such as The Rolling Stones and U2.

At the same time there is an exemption from withholding tax on capital gains, dividends and interest for companies which are “related” to one another, in other words where the same owner has a share larger than 5 per cent. This is important for corporate groups.

When it comes to tax treaties with other countries, the Dutch authorities often lower the withholding tax rate for companies that send income to the Netherlands.

Those same authorities also have a reputation for offering to negotiate a definitive clarification of ambiguous tax issues and offering tax breaks as a sweetener.

On top of that, alleges the charity ActionAid, the Netherlands is regularly used as an intermediary location between companies and more hardcore tax havens such as the Cayman Islands – because of its convenient no-questions-asked policy.

Long list
It’s perhaps not surprising then that household names such as Apple, Starbucks, IKEA, Tommy Hilfiger, Google, Prada, Telefonica, Fiat, are among a long list with subsidiaries of various sizes here.

In fact, the Netherlands is second only to the US state of Delaware – where corporate accounts are unashamedly secret – as the tax location of choice for companies listed on the FTSE 100.

And, on paper at least, 17 of Portugal’s 20 biggest listed companies are actually based in the Netherlands.

There are, of course, vocal arguments for changing none of this. One recent survey by KPMG estimated that the loss of just one single company, such as Shell, for example, could cost the country 0.4 per cent of its GDP.

And in any case, none of it means the Netherlands is a tax haven, according to the chairman of PwC, Robert Swaak.

“That view is completely misplaced,” he maintains.

“We don’t have low corporation tax, there are no special low tariffs, there is no banking secrecy, and we are transparent towards foreign tax regimes.”

The 20,000-plus “letterbox companies”, he said, were mainly holding companies, used to receive dividends from foreign subsidiaries that had already paid corporation taxes.