Ireland is not – and has never been – a tax haven

Opinion: It is regrettable, and unfair, that Ireland was name-checked so heavily in recent US Senate hearings 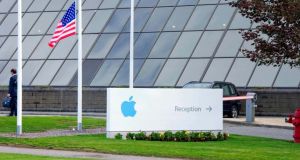 Apple’s plant in in Hollyhill, Cork. “US companies spend over €13 billion in the Irish economy and contribute over 70 per cent of all corporation tax paid to the exchequer.” Photograph: Reuters/Michael MacSweeney

Since the middle of 2012 there has been a consistent flow of stories in international media that has focused on the global tax structures of certain major global companies. These stories have reached a crescendo in the last two weeks and have brought much attention to Ireland’s taxation regime.

They are likely to continue in the lead-up to the G8 summit and in light of the publication of the OECD report Addressing Base Erosion and Profit Shifting (oecd.org/tax/beps.htm).

It is regrettable, and indeed unfair, that Ireland was name-checked so heavily in the recent US Senate hearings. Ireland operates a transparent and robust tax regime and companies operate in accordance with the tax codes of the jurisdictions in which they are based.

The issues raised in the US Senate last week highlight some of the difficulties arising for the US in the way their tax rules operate. Despite claims to the contrary by the US Senate committee and others, Ireland is not now, nor has it ever been, a tax haven. That is a fact. The OECD identifies four key indicators of a tax haven. They are: having no taxes or only nominal taxes; a lack of transparency; an unwillingness to exchange information with tax administrations of OECD member countries; and the absence of a substantial activity requirement. None of these criteria applies to Ireland.

Furthermore, in December 2012, Ireland became one of the first countries in the world to sign an agreement with the United States to improve international tax compliance and implement Fatca (Foreign Account Tax Compliance Act). This type of agreement is now being hailed as the emerging international standard for the automatic exchange of tax information.

Ireland’s 12.5 per cent tax rate, while low, is not subject to any arbitrary adjustments and it applies equally to all corporations with a taxable presence in the jurisdiction. Not many countries can say the same.

There is no doubt that Ireland’s competitive, low tax regime is a competitive advantage in the fight for foreign direct investment. FDI is the one bright light of the Irish economy that has not been extinguished by the challenges of recent years. In fact rather than receding, employment by 700 US multinationals in Ireland has grown by 15 per cent since 2008 and now stands at over 115,000.

Foreign direct investment
This is a dimension of foreign direct investment that is rarely mentioned or even noticed. We are not here just for the good times; we are ready and willing to play our role when the going gets tough. That’s part of the reason FDI is so important to economies and it also goes some way towards explaining why competition for FDI from other countries is intensifying with each passing year.

Over the years, US enterprises in Ireland have been instrumental in creating jobs and income for Irish workers, profits for indigenous firms, and tax revenues for local and national governments. Higher wages, net employment gains, increased trade, the transfer of technology, the upgrading of managerial skills, access to global markets – the benefits of foreign direct investment for the host nation run the gamut, and hence the global premium on attracting capital investment from the best companies in the world.

When you consider the wide-ranging impact of FDI across all facets of society, it is overly simplistic to put a fiscal value on this. However if one was so inclined, US companies spend more than €13 billion in the Irish economy and contribute more than 70 per cent of all corporation tax paid to the exchequer. US companies account for 26.5 per cent of Ireland’s GDP, and more than €100 billion of exports, a stunning performance that should be lauded.

International taxation is complex and while certain frameworks exist, they have not kept pace with changes in global commerce. Within the G8 and OECD there are moves towards amending the current tax structures internationally and increasing transparency. Such moves can serve only to benefit legitimate countries such as Ireland.

Ireland, in its presidency of the EU, is also chairing the debate on tax avoidance and it is right t that the Government participates in such debates and works with the OECD and others to examine what, if any, changes are needed. But in so doing, it must put the economic interests of this country first. As Ireland has learned, when it comes to international policy, “taking one for the team” isn’t always the best policy. In these circumstances we should not shy away from robustly protecting our competitive tax regime. We can stand firm in the knowledge that our tax regime is internationally recognised as fair and just.

Complacency
However, we cannot afford to be complacent. We need to remain at the centre of the international debate on tax and respond quickly to minimise any risk to Ireland’s position. The current debate could be seen as an opportunity for Ireland to re-examine its competitive offering across all of its aspects – tax, talent and cost competitiveness – to ensure we remain attractive to continued investment by multinationals and that we build on the strong and substantial investments already located here.

The UK is stealing a march in introducing competitive tax concessions on intellectual property and has announced it is lowering its corporation tax rate to win a greater share of foreign direct investment. Other countries, such as Switzerland, are positioning themselves to take advantage of any changes in EU tax arrangements. Ireland should have no complaints about the actions of these countries as the changes proposed will be fairly and equitably applied. All we are asking for is that Ireland continues to be allowed to compete on the same terms.