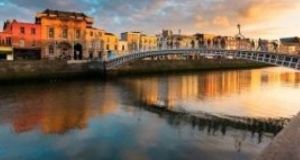 The recovery came as global FDI was largely unchanged despite massive divestments in Hong Kong and a decline in flows to Britain ahead of Brexit.

The UN, which compiled the figures, forecast a moderate rise in FDI levels across the world in 2020 on the back of easing trade tensions between the US and China.

Large-scale repatriations of profits by US multinationals from the Republic following the introduction of US tax reform under president Donald Trump in late 2017, meant total Irish FDI fell by $121 billion the following year to an overall negative reading of $28 billion for 2018.

However, last year FDI flows bounced to $37 billion on the back of Takeda’s deal, which was the largest cross-border transaction recorded globally in 2019.

According to media reports, Revenue is seeking close to €400 million in taxes from the deal, which officially closed in January 2019.

The UN said the impact of the 2017 US tax reform, which reduced US outward flows and global FDI in 2018, appears to have diminished.

FDI flows to developed countries remained at a historically low level, declining by a further 6 per cent last year to an estimated $643 billion. Investment to the EU fell 15 per cent to $305 billion, while flows to the US, the largest recipient of FDI inflows globally, were largely unchanged at $251 billion.

The latest data shows FDI to Britain was down 6 per cent to $61 billion due to Brexit uncertainty, while massive divestment occurred in Hong Kong which saw flows nearly halve to $55 billion.