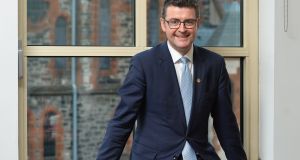 Kainos, the Belfast-headquartered IT group, which listed on the London Stock Exchange just five years ago, has become the North’s latest £1 billion (€1.17 billion) company.

The group’s market cap has hit more than £1.011 billion, allowing it to join a small and exclusive club that counts First Derivatives and Randox in its number.

Kainos began life in 1986 as a joint venture between ICL and Queen’s University’s commercialisation arm, Qubis. It had a market capitalisation of £164 million when it priced its IPO in July, 2015.

The company, which employs 1,500 people around the world, provides tailored digital services to government and commercial organisations. It is also a lead partner for the US software group, Workday, in Europe.

The Belfast group’s mission statement is to “make people’s lives better through technology” and it has successfully delivered complex IT projects for organisations including the UK passport office, Netflix and HP.

Its last set of interim accounts show group turnover soared to nearly £87 million while pretax profits hit a high of more than £12.8 million during the six months to September 2019.

The first billion-pound company from the North was pharmaceutical group, Galen, which is now Almac, with Kainos expected to be followed shortly by the family-owned Henderson Group, which operates franchises for Spar, Eurospar, Vivo and VG in Northern Ireland as well as an all-Ireland food distribution business.