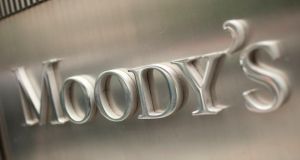 US authorities are stepping up their probe into whether Moody’s inflated ratings on mortgage derivatives to win business in the lead-up to the financial crisis following a record settlement with its rival Standard & Poor’s.

With S&P agreeing to pay $1.375 billion (€1.2 billion) to settle allegations that it boosted mortgage securities ratings, attention has switched to Moody’s. Attorneys general in Connecticut and Mississippi said they were among the prosecutors stepping up their examination of the business.

Federal prosecutors recently interviewed Moody’s officials but it is unclear whether the long-running probe will result in a lawsuit, according to people familiar with the case.

“Our office intends to pursue the Moody’s case now that the S&P case is resolved,” said a spokesman for Connecticut attorney general George Jepsen. The US financial crisis inquiry commission used Moody’s as a case study for the rating agencies’ role in attracting even conservative investors into mortgage-related securities. It cited former Moody’s executives who argued the company became too focused on winning market share in ratings – a characterisation the firm has denied.

With respect to the investigations from the state attorneys general, Moody’s said: “We continue to believe that the cases are without merit.”

The deal also meant vindication for the DoJ, which was accused of suing S&P in 2013 in retaliation for its downgrade of US government debt in 2011. – (Copyright The Financial Times Limited 2015)