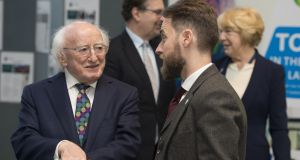 More than 400 leading academics have signed an open letter calling for the European Council of Ministers to raise finance for the entire euro zone through a pooled financial instrument called a “eurobond”.

The academics also argue that no country should have to seek a bailout or follow policy prescriptions handed down by Europe in order to access emergency EU funding.

The letter was the idea of Aidan Regan, associate professor at University College Dublin’s school of politics and international relations, who was assisted in generating signatures by Mark Blyth, professor of international political economy at Brown University.

It has been signed by many prominent academics, including Thomas Piketty, the Paris School of Economics professor and author of the influential book Capital in the Twenty-First Century, and Gabriel Zucman, an associate professor of economics at University of California, Berkeley, and a prominent critic of Ireland’s tax and multinational investment policies.

Using a eurobond, rather than individual countries raising finance through their own issue of debt, would bring down the overall cost of the enormous fiscal response to the coronavirus pandemic, the authors argue.

“You socialise the cost of it, the bill is picked up by the euro zone, you mutualise the debt across all countries,” Mr Regan told The Irish Times. He said the instrument could be a once-off “coronabond” designed to tackle the cost of the crisis. The signatories are drawn from 24 different academic or research institutes spread across 22 countries.

The brief letter, which is published in today’s edition of the Financial Times, argues that the current crisis “will make or break the euro zone”.

“No member state should have to seek a bailout or sign a memorandum of understanding to access emergency EU funding. This is a European crisis. It requires a European solution,” the authors argue. “We need a common debt instrument in order to mutualise the fiscal costs of fighting the crisis. Now is the time for action. Now is the time for solidarity. It is time for eurobonds.”

Critics of eurobonds argue that it introduces “moral hazard” by allowing countries to avoid the risk of higher borrowing costs associated with imprudent budgeting and spending.

Prof Regan argues that “this argument does not hold. There is no moral hazard in fighting a public health crisis.”

During the financial crisis there were calls for the use of eurobonds to finance the response to the collapse, but they were strongly resisted by some creditor countries.

The letter is signed by more than 40 Irish or Irish-based academics, including commentator and University of Limerick professor Stephen Kinsella, Ron Davies, the head of the UCD school of economics, Brigid Laffan of the European University Institute and Brian Lucey from Trinity College Dublin.