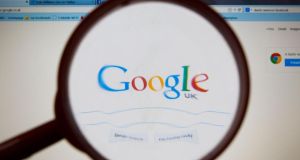 Beneficiaries of the “double Irish” include major technology groups such as Google and a number of large pharmaceutical firms. Photograph: Chris Ison/PA

The Government will move today to close the “double Irish” corporate tax mechanism to new entrants from January 2015 but multinational firms will be allowed to keep existing schemes until the end of 2020.

The phased elimination of the measure will be accompanied in the budget with a 10-point package of business tax initiatives to reinforce inward investment and repair reputational damage suffered in the controversy over the Irish corporate tax regime.

The development follows pressure on the Government from Britain, Germany, France, Washington-based politicians, the European Commission and the OECD. Global leaders gave the OECD a mandate last year to develop a plan to tackle “base erosion and profit-shifting” schemes.

The Dutch authorities responded to the first phase of the OECD plan last month by saying they would not move unilaterally to overhaul their business tax regime.

However, the Government will argue today a pre-emptive manoeuvre to scrap the “double Irish” gives it the power to set its own terms. It discussed a four-year “transition” last week, and moves to opt for closure over six years follow concerns raised by pharmaceutical firms the original timeline was too tight.

A degree of lobbying against the elimination of the “double Irish” is acknowledged in Coalition circles.

In his speech today, Minister for Finance Michael Noonan will refine the system of research and development credits. He will also introduce new income tax concessions for multinational investors.

The plan will include measures to boost the data protection regime, to encourage big technology groups to store more of the data they hold in Ireland. Further measures will be targeted at support for the financial services sector.