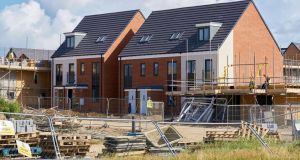 While anecdotal, there was a troublesome titbit of information in recently released Sherry FitzGerald research.

The estate agent noted a slowdown in sales closures primarily due to problems arising from utility connection issues, typically to water mains.

Though this may seem relatively inconsequential, two issues arise here. First, a person who has paid a deposit on a home is delayed from moving, thereby most likely prolonging their stay in rented accommodation. Second, a developer is stymied from continuing construction on a second phase of a project if they haven’t received the funds to pay for the first phase of construction.

It doesn’t take a genius to see why these two outcomes may be problematic, particularly when this State is burdened by an ongoing housing crisis.

There is some logic to ESB or Irish Water saying that, rather than connecting three houses, they’ll wait until 10 are completed before they’ll call out. Connecting at scale is a more efficient use of time.

But it’s never going to be considerably more financially efficient, given that the main gain is the time taken to travel to and from a construction site.

And with new homes desperately needed, particularly around the capital, the time saved shouldn’t be the foremost concern, at least not for State-linked bodies.

The problems around slow delivery of housing stock are often attributed to developer-caused delays. But bodies linked to the State are clearly complicit in the hold-up.

And while one can begin to understand the difficulty around shifting land, hindrances in the form of utility connections are inexcusable.

One source in the industry said developers are – unusually – slow to put their head above the parapet on this for fear their project will be put to the back of the queue.

In the absence of their interventions, however, the process of housebuilding won’t become smoother any time soon.