Covid-19 pandemic puts brake on start-up growth in State, but signs of recovery in June 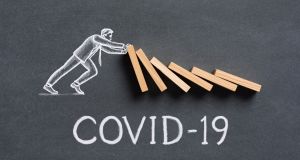 New company registrations dipped to a five-year low in the first half of the year, as the coronavirus pandemic chilled the business environment.

But figures from credit risk analyst CRIF Vision-net point to more positive figures in June as a potential indicator of recovery.

The data shows 25 of the 26 counties in the Republic of Ireland saw a decline in the number of start-up companies over the period, with Westmeath showing the largest decline and Tipperary the only county recording an increase.

But June brought more optimistic figures, with a rise of 7 per cent recorded. A total of 1,701 start-ups were registered during the month.

The fishing sector showed the biggest decline, seeing a 60 per cent drop in numbers, followed by the community, social and personal sector with a 36 per cent decline, and real estate at 32 per cent.

The insolvency rate for the first six months of the year was 27 per cent lower, as the courts closed down due to the Covid-19 pandemic and Government support measures kept businesses afloat. A total of 240 insolvencies were recorded during the period, with the largest number in February.

“In January, Ireland looked to be in extremely good economic health: for the first time ever, company start-up registrations exceeded 2,200 in a single month, which suggested some positive trends for the year ahead,” said Christine Cullen, managing director of CRIF Vision-net.

“However, Covid-19 led to an early dip in this figure, with levels starting to drop off as early as February. The full brunt of the pandemic was particularly evident in the month of April when numbers dropped to the lowest in eight years.”

She called on the Government to build on the recovery that showed signs of emerging in June.