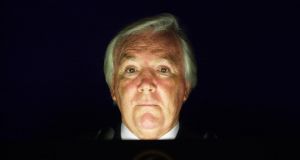 A Pittsburgh attorney representing bankrupt Sir Anthony O’Reilly expects to file a motion within the next week seeking to have the former billionaire’s bankruptcy case in the Bahamas recognised by US courts.

Sir Anthony is seeking the declaration hoping to block the reopening of a civil case against him by his former personal nurse, Sabina Vidunas, who alleges he reneged on a promise to give her millions of dollars worth of stock as compensation after he hired her in 1995, according to court papers.

Ms Vidunas’s lawsuit, which she filed in Pittsburgh in 2013, has been on hold in recent years pending developments in the bankruptcy case. After switching lawyers, Ms Vidunas last month filed a motion seeking to restart her case. Papers outlining the full detail of her specific allegations against Sir Anthony have been sealed by the court until 2037.

Once the motion is filed, Ms Vidunas will have 45 days to respond. Judge Deller has not yet set another hearing date.

Sir Anthony, the celebrated former chief executive of Heinz and once Ireland’s richest businessman, filed for bankruptcy in 2015 after accumulating massive debts through deals including a failed investment in Waterford Wedgwood luxury goods group.

1 ‘Life in Vilnius reminds me of Ireland in the 1990s’
2 The ‘gangster’ superior, the Irish priest and the wealthy widow
3 Whiskey a go go: sales top $1bn in US
4 Boeing identifies new software flaw in grounded 737 Max
5 Roll up, roll up: capitalism will drive cannabis legalisation in Ireland
6 Petrel gets injunction preventing share sales by certain investors
7 Qualcomm shares soar on surprise legal settlement with Apple
8 The Irish economy is thriving but if you’re not feeling it – here’s why
9 When I’m 65: five ways you’ll benefit
10 Dublin housebuilder records €11m gain after striking deal with bankers
Real news has value SUBSCRIBE