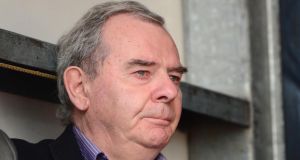 A High Court judge has granted an application by the DPP to postpone the hearing of the action by the family of businessman Sean Quinn, in which they deny liability for some €2.34 billion loans advanced by the former Anglo Irish Bank to Quinn companies.

The Quinns action against IBRC and its special liquidator Kieran Wallace was scheduled to open on April 14th but has been given a new trial date of June 3rd.

Mr Justice Brian McGovern said he considered it would “simply be too dangerous” to allow the Quinns action proceed on April 14th at the same time as former Anglo chairman Sean Fitzpatrick is defending a criminal prosecution on issues “very much connected” to matters raised in the civil action.

Mr Fitzpatrick’s trial on charges under the Companies Acts is due to open before a jury on April 13th and the DPP had sought to defer the Quinns action until the criminal proceedings are over.

The Quinns strongly opposed the DPP’s application, arguing their case was initiated in 2011 and was previously deferred on the application of the DPP due to other criminal proceedings involving Mr Fitzpatrick on charges under the Companies Acts of which he was ultimately acquitted.

In seeking the deferral, the DPP argued the fact the civil and criminal proceedings were listed at the same time for hearing posed a serious risk pf prejudice to Mr Fitzpatrick.

Today, Mr Justice McGovern said he accepted, “all things being equal”, the Quinns were entitled to hold onto their trial date, particularly as their case was initiated in 2011 and had previously been deferred.

The Commercial Court exists to provide a speedy and efficient resolution of commercial disputes and, on any view, this case was taking longer than most to get to trial, he said.

However, he had to balance “serious competing interests” in the circumstances that have arisen.

There was a strong public interest in having the criminal trial prosecuted without undue delay and also a public policy requirement that litigation in civil matters should not be unduly delayed. It was also a matter of some public concern that criminal prosecutions arising out of the collapse of the banking sector have taken so long to get to court, he added.

Anything that would tend to increase the risk of the criminal trial being aborted or put back to a later date should be avoided if at all possible in order to maintain public confidence in the administration of justice, he said.

The issues in the civil case are serious and may have far reaching consequences and it is of the utmost importance the parties are free to litigate them without being constrained by events taking place in the Criminal Courts of Justice, he said.

In this age of social media, it was very difficult to see how one could prevent information about the issues in both trials being exchanged on a widespread basis, he added.

In all the circumstances, he would, “with regret”, vacate the April 14th hearing date for the civil action, the judge said.

He stressed it was important the civil action proceed at the earliest possible opportunity after the end of the criminal trial, which he was told would take between four and six weeks and said he would fix the new hearing date for the civil trial as June 3rd.

IBRC previously joined Sean Quinn Senior and two former Quinn Group executives, Dara O’Reilly and Liam McCaffrey, as third parties to the civil case for the purpose of claiming indemnities against them should the family win orders avoiding liability for the €2.34 billion loans.