Penneys drops entirely out of Naas 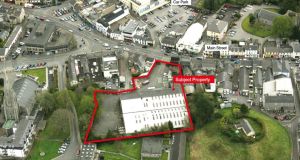 Bannon estate agents is seeking in excess of €3 million for a 1.31-acre town centre site with planning for a large retail building in Naas 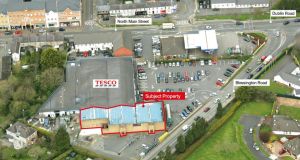 Penneys has dropped plans to develop a substantial new store in the centre of Naas, and will also sell its recently vacated outlet in the Co Kildare town.

The decision by the hugely successful multiple to pull out of Naas comes about six years after development work on a partially built shopping centre nearby was abandoned and the multimillion-euro loans used to finance the complex were acquired by Nama.

Business in the town centre has also been seriously affected by the decision of the planners to allow Tesco to build one of its largest Irish supermarkets on the outskirts of Naas.

Discounter Aldi also availed of the planners’ laissez-faire approach by opening a second Naas store, close to Tesco off the Monread Road. Aldi’s other store is also on the outskirts of the town on the Newbridge Road. Bannon estate agents are seeking in excess of €3 million for the 1.31-acre town centre site with planning for a large retail building, and €800,000 for the recently closed Penneys store a short distance away.

Loyal customers are expected to shop in future at Penneys in Newbridge, a 20-minute drive away.

The premises formed part of the Superquinn business sold in 2005 by Fergal Quinn to Select Retail Holdings for a stunning €420 million. Select Retail Holdings, led by Bernard McNamara and Jerry O’Reilly, subsequently agreed a sale and leaseback of the various stores , including the Naas complex, to Friends First for more than €142 million.

At that stage, Superquinn closed down its operation and passed on the premises to Penneys. But within months the fast-expanding retailer was having second thoughts about proceeding with the new development.

In the meantime, the existing building could be sub-divided and leased on a flexible basis.

Bannon is also seeking a buyer for the former Penneys shop off the Blessington Road and Main Street. The 697sq m (7,500sq ft) store is located beside Tesco Metro and adjoins a car park with 105 spaces.

McMorrow said the store would enable a trader to capitalise on the existing footfall at Tesco. Bannon was expecting interest from owner-occupiers as well as investors who could lease the premises.