Clearing your email is no act of virtue

Column: I have no folders, no system. That is because I don’t need one 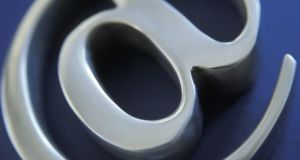 “Randi Zuckerberg says unread emails weigh on her soul. In that case, the answer isn’t a party – it’s to tell her soul to get a grip. There are 2,347 unread messages in my two inboxes and my soul is coping fine.”

There is a new sort of party being thrown by cool people in California. The idea is that you invite your friends and colleagues over, crack open a bottle of wine, blast out a groovy playlist, then settle down with your laptop to clean up your emails.

The concept of the “inbox zero party” comes from Randi Zuckerberg (sister of Mark) and is possibly the grimmest idea for a social gathering ever invented. Even the Tupperware party starts to look a glittering intellectual salon by comparison.

Zuckerberg says unread emails weigh on her soul. In that case, the answer isn’t a party – it’s to tell her soul to get a grip. There are 2,347 unread messages in my two inboxes and my soul is coping fine. I glance at the emails as they come in, and depending on who they are from and what the subject line says, I open them. Otherwise I tend not to.

Zuckerberg suggests that to get into the party mood all her guests start with a “vent about how you hate drowning in email”. The trouble with this is that venting about email is even more boring than venting about the weather. Absolutely everyone does it – even the people who were responsible for giving us email in the first place. Dave Coplin, a “chief envisioning officer” at Microsoft UK, has just written a book about business being broken, and one of the most broken things is email. We are slaves to it, he moans.

Pretending to be organised
Last week I went to a talk given by a woman on how to do it better. As I listened, I realised that we should all resolve never again to moan about how email drags us under: instead we should remind ourselves of how it allows us to float. Its particular genius is that it allows me to pretend to be super-organised without lifting a finger.

I have no folders, no system of organisation. That is because I don’t need one. The search function is so obliging that everything anyone has ever sent me can be left lying around higgledy-piggledy in the cloud and it will locate it again in a jiffy.

I’ve also learnt how to filter messages, and in the past week have delighted in installing a draconian blocking system. All PRs, all stalkers, almost all group emails and even a couple of colleagues have now been denied access to my inbox. All out-of-office replies and everything from LinkedIn are blocked, so I will never again see messages saying “XX has added a new skill!”. I even block the daily email from the canteen telling me it’s toad in the hole and spotted dick on the menu tonight.

Between 15 and 50 messages a day now make it past these filters. To these, I reply when I see fit – which might be immediately or might be never. The only messages I try to reply to at once are about things to which the answer is no. These are the emails that drag on my soul, and so to inflict minimum damage I’ve learnt how to say “No thanks” at the double.

I realise there is something unseemly in admitting to not drowning in email. It is tantamount to saying: I’m not very important or very popular. Popular and important people have a bigger problem than I do, so much so that some of them have elected to build email life rafts on which they can remain afloat. Having done so, they are keen to tell us about it.

‘Yesterbox’
Tony Hsieh, chief executive of Zappos, has called his raft “Yesterbox”, as every day he makes himself tackle the previous day’s messages. In a recent blog he explains that the beauty of this system is that the task is always finite – and he gets a sense of triumph when he’s done. When I read about his wheeze, I thought it sounded vaguely familiar. And then I realised I, too, used to wait a day before replying. We all did: it was called the postal system.

This is pretty smart. Email is an intrinsically democratic tool, so you have to work quite hard on the one-upmanship side of it. This automatic reply deftly tells me that her time is more precious than mine and that she thinks nothing of clogging up my inbox.

Fortunately, I’m now one step ahead: now that I’m such a whizz at blocking my email I’ve added a new filter that rejects everything that says “automatic reply”. And then, just to be on the safe side, I’ve also blocked any message that says “Slow is the new Fast”. Because it isn’t.