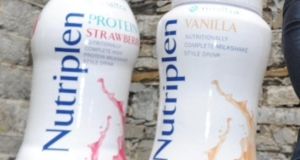 The row between Nualtra and Aymes sides has its roots in a claim by Aymes, and the previous owner of its trademark Nutrimedical, that Nualtra’s Nutriplen products violates trademarks for its Nutriplete.

Nualtra, an Irish health supplements company backed by Digicel directors Leslie Buckley and Seán Corkery, has told the High Court that its rival in a trademark infringement case has admitted it was behind two “poison pen” letters sent to UK healthcare professionals in an effort to damage Nualtra’s business.

Nualtra told the court yesterday that Aymes International, which is suing Nualtra in Dublin for alleged trademark infringement, admitted via its lawyers that it was responsible for the “misconduct” of sending the letters.

The first “letter”, an email sent to British NHS (National Health Service) staff in 2014, purported to come from the NHS and made damaging claims about the licensing of Nualtra’s products. Nualtra obtained a court order from an internet service provider in the UK which revealed that the email had in fact been sent by a senior member of Aymes’s staff.

The second letter was a mailshot to hundreds of medical practices in the UK last year which also made a number of damaging and, says Nualtra, untrue claims about its products.

London-based Aymes had originally denied via its lawyers that it was behind this letter, but later admitted it after Nualtra established that it had organised the missive via a professional mailshot company.

However, in a short hearing in the High Court yesterday, Bernard Dunleavy SC, for Nualtra in the trademark case taken by Aymes and Dutch company Nutrimedical, introduced an admission by Aymes’s lawyers into evidence. The letter was sent by Mason Hayes and Curran last week to LK Shields, which is acting for Nualtra.

“You will note our client accepts responsibilty for the first letter,” MHC wrote. “Our client apologises unreservedly for the previous denials, which it accepts were utterly wrong and indefensible in the circumstances.”

The letter to LK Shields continues: “Our client has also apologised [in separate defamation proceedings in the UK] in respect of the second letter and extends that apology to these proceedings.”

MHC told Nualtra’s lawyers that it had only agreed to keep representing its client on condition it accepted responsibility, apologised and gave assurances regarding its future conduct in the case.

The row between the two sides has its roots in a claim by Aymes, and the previous owner of its trademark Nutrimedical, that Nualtra’s Nutriplen products violates trademarks for its Nutriplete.

The Dublin trademark dispute, which is denied by Nualtra, is ongoing and may come to trial later this year. Nualtra is counterclaiming.

It is also suing Aymes and senior members of Aymes’s staff for defamation in the UK over the letters. Nualtra would not comment further, while MHC said its client would await the outcome of the case.

Nualtra says in court documents for the dispute that Aymes’s principal, Roger Wertheim Aymes, instructed a senior employees to impersonate an NHS representative to obtain information over the phone from Nualtra.

As a result of the information Aymes obtained, a number of NHS employees were sent the forged email letter in November 2014 purporting to be on behalf of the NHS, Nualtra says.

Nualtra obtained a court order in the UK in which it discovered the forged letter was sent by the senior Aymes director, who had been instructed by Mr Aymes to make the original phone call posing as a “Chris Baker”.

The second, anonymous, letter, which Aymes has admitted authoring, was sent to 848 GP practices in July 2015. Arising from this second letter, Nualtra sued Aymes International and Roger Wertheim Aymes for defamation. The case was settled in November.

The trademark case was before the Commercial Court in Dublin over discovery of documents in advance of the full hearing.