Ireland accounts for 5% of turnover at Bakerdays 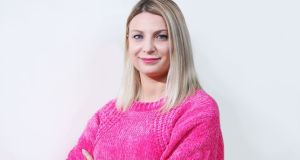 Bakerdays founder Andrea Guzyova. “We’re not going to close the door on any market”

UK-based online bakery company Bakerdays is looking to strengthen its presence in the Irish market, targeting growth in turnover here of up to 3 per cent this year.

Ireland accounted for roughly 5 per cent of the company’s £1.5 million turnover, and the Nottinghamshire-based group is aiming to increase that this year in the face of Brexit uncertainties.

Founded by Andrea Guzyova in 2006, Bakerdays delivers cakes straight to a person’s letterbox. The company is backed by greeting card entrepreneur Alan Hawkes.

Speaking to The Irish Times, Ms Guzyova outlined how the company was changing in an effort to reach its goal of £10 million to £12 million in turnover in three years. “We’ve upgraded our website...we are introducing gifts, aside from cakes, in the next couple of months.”

On Brexit, Ms Guzyova said while it was going to be challenging selling into Ireland, “we’re not going to close the door on any market”.

However, she said the UK’s decision to leave the EU had caused people to be more careful with their spending. Additionally certain costs, like the cost of cardboard for packaging, had increased in the wake of that decision.

Up to 30 per cent of Bakerdays’ sales comes from corporate clients.