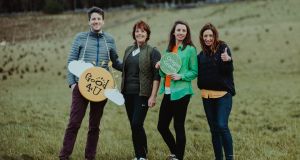 Sligo-based healthy snacks company, Good4U, will sell its products in 280 Primark stores in Europe after agreeing a deal worth roughly €2 million this year.

Following consultation with Penneys-owner Primark for the last 18 months, Good4U has agreed to strengthen its flagship brand’s presence in eight markets including Ireland, the United Kingdom, Spain, France and Italy.

Founded in 2004 by a family team made up of Bernie Butler, her daughters Laura and Michelle and son Karol, the company makes over 50 products on the shelves of retailers including Tesco, Waitrose and Sainsbury’s. The food group make own-brand products for some of the retailers it sells to in the UK, a market that accounts for about 82 per cent of sales.

While Brexit hasn’t troubled the company, it is diversifying its business and has signed contracts to enter markets in Scandinavia as well as the United Arab Emirates.

Speaking to The Irish Times, Laura O’Sullivan, one of the company’s co-founders, noted that while they are diversifying, “we’re not moving away from the UK, it’s still a very important market for us”.

Good4U has two factories on the island of Ireland, one in the North and one in the Republic. Its main factory in Sligo was previously owned by the family before being sold to Kerry Group in the early 2000s. Kerry subsequently sold the factory in 2013 and the family bought it back with the support of Enterprise Ireland.

Now, with over 55 people employed, Good4U is targeting sales of €10 million by 2020 as it exports into 13 markets. Additionally, the company is looking to hire another 10 staff, having recruited 15 people for product development purposes in the last 18 months.

Commenting on the Primark deal, Ms O’Sullivan said the group is “extremely proud to be the first healthy snack brand that Primark is taking global”.

“As a family, we have to pinch ourselves when we take a step back and appreciate what the company has achieved in a few short years. We have a fantastic team on board who have helped make the success possible and with even more new contracts on the horizon,” she added.

Ms O’Sullivan suggested that success of the Primark contract in Europe could propel the brand into the US and Asian markets.

While the Good4U products are already available in Ireland, it’s expected that they’ll hit the shelves of Primark’s European stores by the end of next week.