Profits up at group behind Lillie’s Bordello 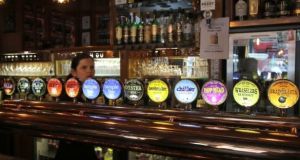 Noyfield Ltd, which trades as Lillie’s Bordello, recorded profits of €2.8 million for the 12 months to the end of February 2017. Accumulated profits rose to €4.43 million from €1.63 million a year earlier.

The company’s cash pile more than doubled to €5.1 million from €2.4 million.

Both companies are subsidiaries of A Pint of Plain Ltd, which recorded a rise in accumulated profits to €3.27 million from €2.4 million a year earlier.

The Porterhouse pub and craft brewing group and the related Dingle Distillery, which were established in the mid-1990s by Oliver Hughes and Liam LaHart, comprises seven bars – five in greater Dublin and one each in New York and London – as well as five restaurants, Lillie’s Bordello nightclub, and the brewing business.

Funds are to be used to expand production at the Dingle Distillery and to create a visitor centre in a new state of the art brewery in Glasnevin.