Aryzta downgraded by Investec and Goodbody

Underlying business, not net debt levels, main cause for concern at Aryzta - Investec 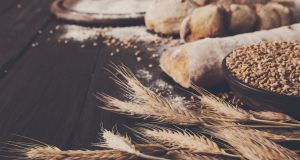 Aryzta’s share price had fallen by almost 28 per cent on Thursday and Friday last week after the company, with a dual listing in Ireland and Switzerland, issued a profit warning on the back of ongoing weakness in its European and US markets.

Investec equity analyst Ian Hunter wrote in a note to clients that his fundamental concern wasn’t over net debt levels, but rather the underlying business.

Outlining his reasoning for downgrading the stock from a ‘hold’ recommendation, Mr Hunter wrote: “While we have confidence that the new management team can, over time, effect a turnaround of the business, it is the timeline required and possible pitfalls in the interim, both external and internal, that are giving us increased cause for concern.”

Goodbody equity analyst Jason Molins suggested the group doesn’t need a capital raise, but said: “ it is difficult to be constructive on the story until we see concrete signs of stabilisation and control over the operational aspects of the business.”

As of July 31st 2017, Aryzta’s net debt stood at €1.73 billion. Last Thursday’s profit warning added pressure on the company’s management team, lead by former DAA boss Kevin Toland, to quicken the pace of its non-core asset disposals which, Mr Hunter suggests, would have a “material impact on the debt carried on the balance sheet”.

Some of the assets being mooted for sale include the company’s Cloverhill facility in North America or its 49 per cent stake in French food group Picard. The latter option could reduce net debt more so than the disposal of Cloverhill, Mr Hunter estimates.

Following client dissatisfaction with the service provided at Cloverhill Mr Hunter suggests that Aryzta, whose brands include Otis Spunkmeyer and Cuisine De France, would achieve between €150 and €210 million for Cloverhill. Sale of the Picard stake could gain €340 million for the company, Investec estimated.

Aryzta, who also makes buns for clients including McDonald’s, said on Thursday that it expects to generate more than €450 million from non-core asset disposals by the end of the year. That includes the €81 million the company achieved from a Picard dividend and the sale of La Rousse foods to the Musgrave group last year.

While Mr Hunter concluded that he was confident in the company’s management ability to effect a turnaround, he noted the fact the turnaround was being attempted “in what management concedes is a highly competitive market where price increases cannot be fully passed through” was a cause for concern.