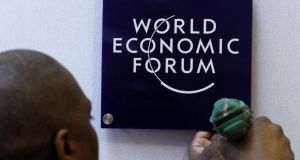 I have just received an invitation to Fortune magazine’s Most Powerful Women meeting, to be held next month at Claridge’s Hotel in London. I hope you are impressed.

Not by the fact that I’ve been selected: that is not impressive at all. The deal is that I part with $2,200 and in return get to listen to “innovative groundbreakers” such as Billie Jean King.

No: the impressive thing has nothing to do with power or women or yesterday’s tennis players. Instead, it is the word “meeting”. Something strange has happened to this word without us noticing. It has vanished.

In the past few months I have received invitations to all sorts of meetings but not one of them was called that. Instead I’ve been asked to an “influential ideas exchange”. To a “teleconference gender focus group”. An “exclusive breakfast briefing”. A “focused women’s network”. A “facilitation enhancement day”. Even grimmer, to an “eForum keynote seminar”.

And most off-putting of all to a “creativity gym for innovative leaders”.

As well as that lot there have been four workshops, one colloquium, two webinars, three roundtable conversations and one retreat.

The only meeting brave enough to call itself by its real name is the Fortune women’s thing. Yet even that didn’t have the bottle to go the whole way. On its website the event is described as a meeting but, in the ingratiating, breathless letter I received, the senders (it took four women to write it) lost their nerve, dropped the m-word and went for “an intimate, high-level gathering” instead.

It is not hard to work out why no one talks of meetings any more. It is because they are boring and pointless and we all hate them. Yet instead of responding to such dislike by holding fewer [of them], conveners of meetings have decided to have even more but to rename them and hope people will somehow like them better than before.

Last week the New York Times reported that Andrew Cuomo, the state governor, had rebranded all his meetings “summits” – so far he’s held a tourism summit, a beer, wines and spirits summit and even a yoghurt summit.

It’s not just happening in New York. Today the London Business School is holding the Global Leadership Summit, which sounds even less fun than the yoghurt one.

You can see the attraction: call your grotty little meeting a summit, and, hey presto! everyone who shows up can convince themselves they are members of the Group of Eight.

But the summit, to mix a metaphor, is the tip of the iceberg. An even more grandiose choice is to call it a forum. The planet’s most self-satisfied event has taken this route: the World Economic Forum in Davos. So too has Morgan Stanley with its Macro Ideas and Insights Forum, held in London a couple of weeks ago.

Once you get into the spirit of it there is nothing to stop you from using more than one self-important name for your meeting. The “CEO Conclave” in India is not only a conclave but also a “closed-door invite-only summit”.

Not all meetings are aiming at importance, however. Some are making a different pretence: that they are cool. No one does this better than TED, which states that its meetings have been called “the ultimate brain spa”, and, even more tendentiously, “a four-day journey into the future”.

Would-be cool companies have long since shunned meetings: they have “idea showers” and “creativity workouts” instead.

The third pretence is that meetings are informal and democratic. Hence the “roundtable conversations”, “huddles”, “gatherings”, “get-togethers”, “team talks” and “pow wows”. Informal meetings are even better when they come with food attached. Who could fear a meeting when it is as friendly as a “brown bag huddle”?

The final, and most heroic, pretence is that the meeting is going to be useful: So we have “workshops” (or, worse still, “facilitated workshops”), briefings and debriefings.

There used to be the “teach-in” until that was considered too doctrinaire: now there’s no teaching only learning. Some of the dullest meetings I’ve ever been to at the FT were the Friday “Lunch and Learn” sessions. More cheese in the title than the sandwich.

Some of the new names make more than one pretence at once. A rule of thumb: the more pretending in the name, the more essential to avoid the meeting.

The reason I won’t be at Claridge’s next month isn’t just the $2,200 price tag. The “intimate high-level gathering” is a total giveaway: you can’t be grand and cosy all at once.
– Copyright The Financial Times Limited 2013
lucy.kellaway@ft.com