Sonia O’Sullivan: Medals will always win out over world rankings 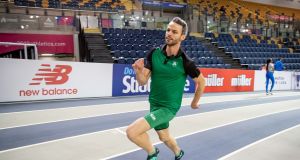 Nothing speaks louder in athletics than medals. No matter what colour. The latest evidence of that being the bronze medals won by Ciara Mageean and Mark English at the European Indoor Championships in Glasgow at the weekend.

Both equally hard won, and equally well deserved, it also gave them further status in their respective events – the women’s 1,500m, and men’s 800m. In the end medals will nearly always matter more than times, records, positions, heights or distances, although there is one way of simplifying all that, and something other sports have been doing for years.

Just last week, by coincidence, the IAAF launched their new rankings system. The idea is simple: to rank athletes across all events in an overall ranking table, one for men, and one for women.

It calculates an athlete’s ranking by gathering their top five performances over the past 12 months (two performances for marathon runners), and the timeline rolls every week, with an updated ranking released each Wednesday throughout the year.

It’s probably news to most athletes that this is even up and running already. What it means down the road is that it may be used for qualification to World Championships and the Olympics in the future.

For now, the rankings system is currently in a trial period, most likely to see if it is a realistic tool and also to iron out any glitches before rolling it out as a championship qualifying system.

It would certainly take away the subjective decisions that need to be made by selectors when there are more than three eligible athletes with qualifying times and make the whole athlete selection very clear and clinical. There would also be less chance for athletes to run themselves into form as they would need to be competing more regularly to accumulate the required points to be eligible for upcoming championships.

In order to calculate the ranking of the athlete’s performance through time, distance or height is linked with their placing in any IAAF sanctioned competition. This then delivers the athlete’s current score when averaged over their best five scores in the rolling 12-month period.

Not all competitions are weighted equally, which makes it difficult for emerging athletes to get higher points. But this does allow for a developing period for athletes to move from local meets to permit meets to the Diamond League where you can accumulate the highest points for a place.

These points are linked to their comparison to the world record in each individual event and any world record performance also gets rewarded with bonus points. There is also a separate points table for indoor competition and road running.

Athletes will be ranked in their own individual events but also in an overall ranking which combines all the events on one page, so in the top 10 athletes you could have a long jumper, a discus thrower, a walker an 800m runner and a marathon runner.

The current top-three for male athletes are Noah Lyles from the USA in the 200m, Abderrahman Samba from Qatar in the 400mh, and Eliud Kipchoge from Kenya in the marathon.

The women’s leaders after week one are Beatrice Chepkoech from Kenya in the 3,000m steeplechase, Caster Semenya from South Africa in 800m, and Mariya Lasitskeyne from the ‘neutralised’ Russian athletes, in the high jump (i.e. those allowed to compete under a neutral flag after proving no link to the systematic Russian doping).

To me it seems a little complicated, and even makes you think what’s the point of all this? But it does add a new dimension to connecting the sport fans and general public with the athletes.

On the web page for the IAAF, there is now a tab for Event Rankings, and this lists all track and field athletes in the world that have recorded a result at an IAAF sanctioned event.

There are 10 categories that events can fall into ranging from Olympics and World Championships at the highest level to the national permit meetings. The higher the level of competition the greater the rewards points for each placing, in line with the status of the event.

You can now look up any athlete you know and find where they are currently ranked in the world, this takes into account youth, junior and senior athletes. You can also filter the settings and look up where an athlete ranks in Europe overall and also in their individual event. Then you can break it down even further and look up where an athlete stands in their own country and this is where it can simplify any selection problems when there are more than three athletes qualified for an event.

What I found when I started to play around is that it is a minefield of information, the more you start looking the more you want to keep looking and try to work it all out and realise it makes a lot of sense.

When you look at the ranking and maybe think how can one athlete be ranked ahead of another, all you need to do is click on the athlete and you can see their last five best scores over the past 12 months and compare it with the athlete ranked higher and it is very clear to work out why one athlete is higher than another.

This is all very well in the individual events; only in the overall rankings when you try to compare shot putters with marathon runners does it provide scope for debate and discussion. This is not such a bad thing as it can highlight athletes who are not in the more visible and high profile events and give an understanding of the quality of performance in events that many viewers may not be exposed to.

It will take some time for the rankings to take on meaning and understanding for everyone, you will need access to the website or potentially an App to be able to look things up and check an athlete’s ranking.

But it will provide a quick and easy view of an athlete’s current form and where they stand. They will only really appreciated when an athlete’s ranking counts for something, at the moment it’s just gives athletes some bragging rights when they are on top of the list.

After week one, the best Irish male is Thomas Barr, and the best Irish female is Mageean, just ahead of Phil Healy. This is probably what most people would think if they were stopped and asked who are the currently best two athletes in Ireland, but it will be curious to see where Mark English ranks after picking up his bronze medal last weekend.