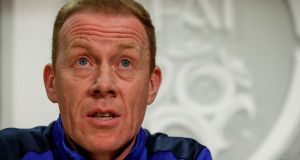 The Players Football Association of Ireland (PFAI) expect to receive additional information in the coming days about the fallout from the League of Ireland season being delayed.

Saturday’s decision by the FAI’s National League Executive Committee (NLEC), which includes club representatives, to postpone the start date from February 26th until March 19th wasn’t a surprise given a steep escalation of Covid-19 cases over recent weeks. As it stands, the final game of the campaign, the FAI Cup final, is down for November 28th.

That three-week deferral may well be extended further, with financial influences adding to concerns around the health landscape.

While the current Level 5 restrictions permit clubs to commence pre-season training, the probable absence of supporters from stadia until well into the summer magnifies the importance of obtaining a financial rescue package from the Government.

The few top-flight clubs who were already scheduled to assemble their squads today will proceed as planned, but the majority due to start next week are considering revising their timeline.

As with last year, when the onset of the pandemic forced a five-month suspension of a season which has halved in fixtures, clubs will rely on government support schemes to honour contracts.

“It’s a tricky one for clubs and players,” admitted Stephen McGuinness, secretary of the PFAI.

“Due to the variety of different contract types, from 52-week to 40-week deals, and those without a contract yet, it will have different effects.

“We don’t expect most clubs to have a pre-season programme of 10 weeks, so some players may stay on social welfare until they start back.

“In fairness to the FAI, they informed us about the shift of start date straight after Saturday’s meeting but it would have been nice to be asked for our input beforehand.

“We got responses to our queries but we’ve sought additional information on topics such as extending the transfer window beyond the end of January and whether there will be a midseason break in 2021.”

More macro matters will be consuming the thoughts of the FAI.

Burdened by rising debts and without a flagship sponsor for the league, another dig-out from the State is essential for the domestic campaign to be staged.

Outgoing interim chief executive Gary Owens admitted in October that the uptake in subscriptions to their WatchLOI streaming offering had been “disappointingly low”.

League of Ireland director Mark Scanlon told clubs in correspondence over the weekend: “We are also preparing to present to the FAI Board on how we should approach Government regarding a support package for Irish football in 2021 given that the current Covid-19 figures suggest our sport will be living with this pandemic and its effects for some time to come.”

Speaking last week, FAI chairman Roy Barrett expressed confidence about their pleas being looked favourably upon by the Department of Sport.

Each top-flight club was guaranteed €191,000 in staggered payments to restart the season, with First Division outfits also receiving just over €70,000.

Draws for provincial championships spread over two days 13:42
Warren Gatland: It’s nothing to do with ‘do I feel the need to have an English coach?’ 13:29
Full kick-off details announced for opening rounds of Pro14 Rainbow Cup 13:15
Florentino Perez re-elected as Real Madrid president 12:40
Memorable Liverpool comebacks ahead of Real Madrid second leg 12:10