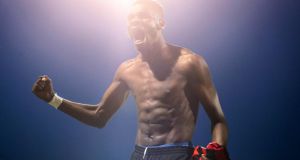 For anyone feeling weary after a week in which the league mainly made the headlines thanks to a couple of bewildering Bray press releases referencing faraway places, this will have come as a tonic.

Games involving the Koreas North and South, one presumes, generally involve a bit of needle but it certainly comes as standard in Dublin derbies between these two and the raw passion displayed over the 90 minutes on this occasion felt like the best riposte imaginable to all that talk about planning permissions.

The singing in the away section at the end left little doubt about how sweet this first win in four against Rovers felt for the Bohemians supporters, but both teams had more at stake than simply putting one over on cross city rivals.

Having been knocked out of Europe last week, Rovers have work to do to ensure they are back there next year while Keith Long’s side had been back to blowing cold for the last couple of weeks and needed a win to keep themselves clear of the disaster area that is this year’s extended relegation zone.

They were boosted by the return of Ismahil Akinade who, having come on a couple of times in recent weeks, made his first start of the campaign.

The home support did their best to make it clear that to them at least, his return was most unwelcome but the striker seemed to revel in the hostility and threw himself into the fray.

By the end he had scored one and made one, his taunting celebration after his own first-half goal prompting the first booking on a busy enough night for referee Ben Connolly.

Before then, Rovers had had just about the better of it with Graham Burke going closest but when Akinade’s chance came he took it brilliantly, gathering the ball from a throw in near halfway then beating both Dave Webster and Sam Bone before powering a shot into the top far corner just as Tomer Chencinski seemed set to hopelessly narrow his angle.

The visitors had their noses in front for scarcely three minutes before Fuad Sule conceded a free in a dangerous area and after Bohemians had only managed to return his first attempt to put the ball in the box straight to him, Brandon Miele picked out David McAllister second time around and the midfielder, in for Ronan Finn, steered the cross safely past Shane Supple.

Bone was in for Roberto Lopes who missed the game unexpectedly due to illness and the teenager really didn’t do badly in the circumstances; which is not to say that he will relish the memory of a night that ended for him when he limped off injured moments after Bohemians had retaken the lead. A clash of heads a little while earlier had left both him and Akinade needing treatment but the striker seemed to make the better recovery, playing Dinny Corcoran in between the home side’s two centre backs for his 12th league goal of the season almost immediately after play restarted.

There were 35 minutes remaining at that stage and Stephen Bradley’s side were doing well enough to feel they had every chance of getting themselves back level at least.

Miele persistently posed a threat and Gary Shaw really should have drawn grabbed an equaliser when the ball fell kindly to him on the edge of the six yard box but he fired the ball far too high as Supple struggled to obscure the target.

Bohemians survived another scare or two and began to look like a side who had a whiff of their first win here since 2012.

They sat in and scrapped for everything in what remained on the game, occasionally looking to catch their opponents on the counter but generally settling for keeping the home side at bay.

Still, Rovers created enough opportunities to save themselves and Sean Boyd passed up what was probably their best chance as the game moved into added time with a shot that seemed, from the safety of the stand, almost easier to score.

Dismayed, the home support had to watch as it skipped wide, though.

That win up in Dundalk the other day, must suddenly have like a very long time ago as they were forced to bow the knee to their big city rivals.