A look ahead to all the top-tier cross-channel action 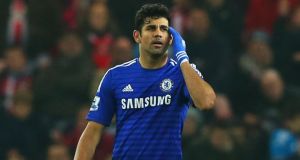 Striker Abel Hernandez returns to the Hull squad after missing two matches for the birth of his child in Uruguay. But with Sone Aluko impressing against Everton, he may have to settle for a place on the bench. Compatriot Gaston Ramirez serves the final game of a three-match suspension and Mohamed Diame is out with a knee injury.

Captain Chris Brunt is out for West Brom with a hamstring injury. The skipper limped off after making a tackle in Tuesday’s 2-1 defeat to West Ham, although boss Alan Irvine is hopeful he will return next week. James Morrison (illness) and Sebastien Pocognoli (dead leg) are back but Jonas Olsson (Achilles) is out and Claudio Yacob serves the final game of a ban.

Liverpool captain Steven Gerrard could find himself rested again with Tuesday’s must-win Champions League encounter at home to Basle followed by a trip to Manchester United. Midfielder Philippe Coutinho has recovered from the knee problem which troubled him in midweek, left-back Jose Enrique could come back in as his game time is also being managed after a knee operation.

Adam Johnson and Wes Brown are both set to return to Sunderland’s starting line-up. Both men missed Wednesday night’s 4-1 defeat to Manchester City with minor knocks but will come straight back into the side as boss Gus Poyet looks to freshen up his team. On-loan defender Sebastian Coates is ineligible to face his parent club while Steven Fletcher is in the squad but doubtful thanks to the back injury he suffered in the loss to City.

Manchester City striker Edin Dzeko and left-back Aleksandar Kolarov could both return after overcoming calf injuries. Captain Vincent Kompany (hamstring) and playmaker David Silva (knee) remain on the sidelines while striker Stevan Jovetic is rested as a precaution after suffering a knock in the midweek win at Sunderland. There are no concerns about midfielder Yaya Toure although he missed training on Friday due to a sore throat.

Everton are set to have defender Antolin Alcaraz back after missing six games in all competitions due to a shoulder problem. Toffees boss Roberto Martinez does not expect Steven Naismith, James McCarthy (both hamstring) or Darron Gibson (knee) to be ready to make their comebacks this weekend, but Arouna Kone and Bryan Oviedo may feature as their return to fitness continues.

Moussa Sissoko and Jack Colback will return from suspension and their return is a welcome boost to Newcastle boss Alan Pardew who has a number of injury concerns. Captain Fabricio Coloccini is unlikely to be risked as he continues to recover from a hamstring injury while Mike Williamson, Daryl Janmaat and Sammy Ameobi all face late fitness tests.

Diego Costa will start for Chelsea after suspension. The Spain hitman will return for the Blues at St James’s Park even though both Didier Drogba and Loic Remy both found the net in Wednesday’s 3-0 win over Tottenham. Gary Cahill is fit to face the Magpies despite suffering a head knock against Spurs, with Ramires and John Obi Mikel competing to replace the suspended Nemanja Matic.

QPR boss Harry Redknapp has no fresh injury concerns. Bobby Zamora has recovered from a back problem and could start after being left on the bench for the midweek defeat at Swansea but Adel Taarabt (groin), Sandro and Alejandro Faurlin (both knee) remain sidelined.

Burnley are expected to be without both Stephen Ward and Michael Duff as they bid to stretch their four-game unbeaten run. Republic of Ireland international Ward will see a specialist on Friday for an ankle injury he suffered in the midweek draw with Newcastle, while fellow defender Duff is still not quite ready to return from his calf strain. Striker Sam Vokes is edging closer to a first-team return following his long-term knee injury after scoring a brace in a 70-minute outing for the development squad on Wednesday.

Forward Jonathan Walters (knee) and defender Robert Huth (calf) will be given until the last minute to prove their fitness for Stoke but midfielder Glenn Whelan (calf) is unlikely to make it. Midfielder Stephen Ireland is a doubt because of illness while Steve Sidwell, Peter Odemwingie (both knee), Victor Moses (thigh) and Dionatan Teixeira (broken foot) are all sidelined.

Tottenham defender Danny Rose could make a return after recovering from a rib injury and may replace Ben Davies at left-back, but Vlad Chiriches and Kyle Naughton are both doubtful with knocks. Emmanuel Adebayor is still recovering from a virus and is not considered ready while Kyle Walker is expected to play for the club’s under-21 team after returning from an abdominal injury.

Crystal Palace are likely to be without midfielder Joe Ledley. The Wales international is suffering from a recurrence of a hip problem that ruled him out of Tuesday night’s defeat to Aston Villa and is set to join defenders Damien Delaney (calf) and Adrian Mariappa (knee) on the sidelines. Dwight Gayle is available having been forced off against Villa through illness.

Aston Villa midfielder Joe Cole has been ruled out for around two weeks with a hamstring injury suffered in Tuesday’s win over Crystal Palace, while Andreas Weimann is suspended. England midfielder Fabian Delph returned to training on Friday as he recovers from a dislocated shoulder but he, Ron Vlaar, Philippe Senderos and Nathan Baker are all unavailable.

Leicester captain Wes Morgan is suspended after being sent off against Liverpool. David Nugent is a doubt with illness which has affected some of the squad but manager Nigel Pearson, who did not name others who were laid low, hopes any bug would have cleared by Sunday.

Sunday’s game may yet come too early for midfielder Mark Noble (calf) but West Ham boss Sam Allardyce believes both Diafra Sakho (back) and Alex Song (knee) could play some part against the Swans. With Enner Valencia making his own comeback from injury in the midweek victory at West Brom and Andy Carroll fit, Allardyce will now have all of his attacking options available.

Neil Taylor is suspended for Swansea after picking up his fifth booking of the season against QPR in midweek. Defender Taylor has been ever-present in the league this season and, with no natural cover at left-back, Dwight Tiendalli or Jazz Richards are likely to deputise with Angel Rangel restored on the right after being rested from the Rangers victory. Swansea manager Garry Monk will assess how Leon Britton came through his first start of the season after three months out with knee trouble before finalising his side at Upton Park, but Argentina defender Federico Fernandez (calf) is still not fit enough to make the matchday squad.

Jack Cork faces at least six weeks on the sidelines as Southampton’s injury problems mount. Saints manager Ronald Koeman revealed the midfielder suffered ankle ligament damage in Wednesday’s defeat at Arsenal, when Toby Alderweireld was forced off with a hamstring complaint which makes him a doubt. Morgan Schneiderlin is unavailable, as are long-term absentees Jay Rodriguez (knee), James Ward-Prowse (foot) and Sam Gallagher (knee), but Dusan Tadic has overcome a knock.

Wayne Rooney will be fit, Manchester United manager Louis van Gaal has confirmed. Captain Rooney had a scan on Thursday to examine a possible knee problem but has been given the all-clear. However record signing Angel di Maria will not be ready to return from his hamstring injury in time for the trip to the south coast. Luke Shaw (ankle), Jonny Evans (ankle), Rafael (groin), Daley Blind (knee) and Phil Jones (calf) are all expected to miss out.