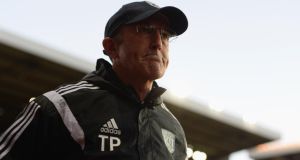 Arsenal’s Alex Oxlade-Chamberlain faces up to a month out with a hamstring injury but fellow midfielder Mathieu Flamini is back in contention after a hamstring problem. Club captain Mikel Arteta (ankle) is set to step up his rehabilitation, as is defender Gabriel (hamstring), but Jack Wilshere (ankle) is still a few weeks away from a return.

West Ham are without James Tomkins after the defender dislocated his shoulder in training. The Hammers could also be without three of their first-team strikers. Carlton Cole (hamstring) and Andy Carroll (knee) are definite absentees whilst Enner Valencia is struggling to be fit having suffered a severe cut to his toe after standing on a broken teacup. Winston Reid will miss out with a hamstring complaint, on-loan Carl Jenkinson cannot feature against his parent club and Alex Song (knee) could also be sidelined — although fellow midfielder Morgan Amalfitano is back having served a three-match ban. Sixteen-year-old defender Reece Oxford could be included in the squad as cover.

Neither Matt Taylor nor new signing Fredrik Ulvestad will be in the Burnley squad. Taylor has played twice for the development squad as he continues his slow recovery from Achilles surgery but is not yet ready for the first-team squad. Norwegian midfielder Ulvestad, meanwhile, is seen more as a player for the long term after signing a three-year deal this week. Dean Marney and Kevin Long (both cruciate) are long-term absentees.

Manchester City captain Vincent Kompany will hope to be recalled. He was dropped for City’s last game against Leicester after a spell of indifferent form, while midfielders Fernandinho and Samir Nasri also missed out. Striker Wilfried Bony will hope to retain his spot after a first start for the club in the victory over the Foxes. City manager Manuel Pellegrini has reported a fully-fit squad.

Crystal Palace will have on-loan Arsenal forward Yaya Sanogo back from a hamstring injury. Striker Glenn Murray is also available again following suspension, but midfielder Mile Jedinak continues his four-game ban. Fraizer Campbell and Marouane Chamakh (hamstring) are both out, while Jordon Mutch is also missing with a thigh strain.

QPR are hoping defender Darnell Furlong, midfielder Adel Taarabt and forward Eduardo Vargas will recover in time. Furlong (calf), Taarabt (groin) and Vargas (muscular problem) returned to training this week after missing last weekend’s 2-1 home defeat to Tottenham through injuries. The trio will have to pass a late fitness test before club coach Chris Ramsey decides to select them. Midfielder Joey Barton will serve his third and final match ban this weekend while defender Richard Dunne and midfield pair Leroy Fer and Alejandro Faurlin are still sidelined with knee problems.

Kasper Schmeichel may make his return for Leicester after four months out with a broken foot. The goalkeeper has been in full training and is now fit enough for first-team action and boss Nigel Pearson must choose between him, Mark Schwarzer and Ben Hamer. Dean Hammond (calf) and Anthony Knockaert (personal reasons) are out for Pearson’s side, though, with the Foxes bottom of the Barclays Premier League.

Hull trio Mohamed Diame, Liam Rosenior and James Chester are close to first-team returns but will not be fit for the trip to the east midlands. Rosenior is back in training and could be joined by Diame and Chester next week. Robbie Brady (calf) remains sidelined and Robert Snodgrass (knee) is out for the season.

Sunderland are without the suspended Lee Cattermole. He picked up his 10th booking of the season in the recent draw at Hull and incurred an automatic two-match ban. Adam Johnson remains suspended by the club and Emanuele Giaccherini (ankle) and Will Buckley (knee) are both definitely ruled out.

Striker Christian Benteke will return to the Aston Villa squad after he missed the FA Cup quarter final win over West Brom with a hip injury. Ron Vlaar (calf) will be assessed and Kieran Richardson (calf) is a doubt while Aly Cissokho (groin) is a likely absentee. Philippe Senderos (calf), Joe Cole (hamstring), Nathan Baker (knee), Alan Hutton and Jack Grealish (both suspended) are out. Libor Kozak has returned to full training after more than a year out with a broken leg but is not yet match-fit.

West Brom have doubts over strikers Saido Berahino, Brown Ideye and Victor Anichebe. Berahino and Ideye have been playing through the pain barrier recently while Anichebe has a groin problem. Winger Callum McManaman has a foot injury which boss Tony Pulis has decided to rest for a few weeks.

Ryan Shawcross is available for Stoke after recovering from a back problem and could return. The defender has been out since January but boss Mark Hughes must make a decision whether to throw him straight back in. Stephen Ireland is likely to sit out with a gashed leg while Philipp Wollscheid (groin) is struggling and Bojan Krkic and Peter Odemwingie (both knee) remain long-term absentees.

Jose Mourinho will resist wholesale changes following the midweek Champions League exit. The Blues boss insists “everyone wants to play” and has Nemanja Matic available for domestic duty after a two-match suspension was served prior to the European exit to Paris St Germain. John Obi Mikel (knee) is the only definite injury absentee for the contest.

Toby Alderweireld is set to make his first appearance in nine weeks. The Belgium defender has been out since picking up a hamstring complaint at Manchester United on January 11 and after being an unused substitute last time out, is likely to start at Stamford Bridge. Jay Rodriguez (knee) and Emmanuel Mayuka (groin) remain absent, but Ronald Koeman has no fresh injury concerns.

Everton full-back Leighton Baines (groin) faces a late fitness test. Centre-back John Stones is expected to be available again after missing Thursday’s Europa League win over Dynamo Kiev due to a virus, and winger Aaron Lennon definitely is after being cup-tied for that match. Midfielder Gareth Barry misses out as he starts a two-match suspension, while Bryan Oviedo (hamstring), Tony Hibbert, Steven Pienaar and Aiden McGeady (all knee) remain sidelined.

Newcastle striker Papiss Cisse begins a seven-match ban after after accepting a Football Association improper conduct charge for spitting. Midfielder Jack Colback is available once again after sitting out the last two games following his 10th booking of the campaign. Goalkeeper Rob Elliot will return to the squad following his recovery from a long-term thigh injury, as will midfielder Remy Cabella who has shaken off a knee problem. Full-back Massadio Haidara is out after having an injection in his damaged knee and joins a lengthy list of absentees.

Midfielder Angel di Maria and defender Jonny Evans are suspended. Striker Robin van Persie is still out with an ankle problem, but midfielder Ashley Young has overcome the leg injury he suffered in the 2-1 FA Cup defeat to Arsenal on Monday. Centre-back Marcos Rojo is doubtful because of a groin problem.

Tottenham head coach Mauricio Pochettino has a fully-fit squad to choose from. With only league fixtures remaining, Pochettino has been able to give his squad a two-day break in the lead-up to the game at Old Trafford. Emmanuel Adebayor, Younes Kaboul and Etienne Capoue will be hoping to be included in some capacity having not been involved in a matchday squad since January.

Bafetimbi Gomis should be available for Swansea after collapsing during the 3-2 defeat at Tottenham on March 4. Gomis suffers from a vasovagal condition which causes low blood pressure and prompts fainting episodes, but he returned to training on Wednesday after seeing a specialist in his native France and is expected to be given the all-clear to play. Swansea manager Garry Monk has a full-strength squad to select from other than central defender Kyle Bartley, who remains unavailable following knee surgery.

Liverpool captain Steven Gerrard is back in contention. The veteran midfielder, who is leaving for Los Angeles Galaxy at the end of the season, has missed the last seven games with a hamstring injury. Defenders Martin Skrtel (head) and Mamadou Sakho (hip) are expected to be fit but there could still be a doubt over midfielder Joe Allen (hip). Left-back Luis Enrique (knee) is back in training and could be back in contention soon.

1 The Offload: Ireland are stuck in no man’s land
2 Nicky English: Galway and Waterford face battles with fatigue in All-Ireland semis
3 Every kind of wind imaginable was against Tipperary football - and they came through
4 Ken Early: Roles have reversed for Guardiola and Mourinho
5 After 23 years tigerish Cavan tear up the script to claim the Ulster title
Real news has value SUBSCRIBE