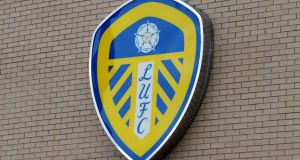 Massimo Cellino has cut a deal to buy a 75 per cent stake in Leeds.

Eleonora Sport, a company owned by the Cellino family, has purchased the stake subject to Football League approval.

Cellino’s relationship with Leeds has so far been a stormy one, with representatives of the Italian having dismissed the manager Brian McDermott before the Championship club reinstated him.

The 57-year-old agricultural entrepreneur who owns Cagliari and has a fraud-related conviction and possible proceedings hanging over him after his reported arrest last year on suspicion of embezzlement – an allegation he denies – needs to pass the league owners and directors test before any transaction can be authorised.

Cellino told the Financial Times he would meet with the league next Wednesday and buy back Elland Road, currently in third-party ownership.

Leeds’ chairman Salah Nooruddin announced that contracts had been exchanged between the club and Eleonora. If the deal goes through, Nooruddin will continue to be the club’s chairman, while David Haigh will be the chief executive.

A statement from Nooruddin on the club’s official website said: “I am delighted to announce that we have exchanged contracts for the sale of 75 per cent of the club to Eleonora Sport Ltd, subject to Football League approval.

“GFH Capital and its investors will retain a 25 per cent stake in Leeds United. I will remain the club chairman and David Haigh will be the club CEO.

“The board has always had as its principal aim the creation of a long-term ownership structure through partnership with sound and strategic investors to build on the foundations we have laid for sustainable success for this great club.

“We believe we will have achieved that with this deal. It provides the basis from which Leeds United can move forward to a position which will enable it once again to compete at the highest levels of football.”