Over 20 players have come forward to say they were abused, says PFA chief Taylor 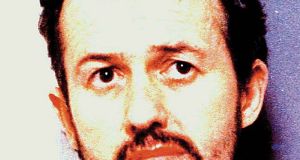 Barry Bennell, the convicted paedophile at the centre of the scandal. Photograph: PA Wire

Leeds United and Blackpool are the latest football clubs to be engulfed by allegations of child sexual abuse within the sport, according to the chief executive of the Professional Footballers’ Association.

Gordon Taylor said a number of former players had come forward to say they had been abused by staff at the two clubs, as well as at Crewe, Manchester City, Stoke and Newcastle.

“Of those who became apprentices and senior players, over 20 players have come forward,” he said. “We’d start at Crewe, go to Man City, Stoke, Blackpool, Newcastle, Leeds.

“I’m expecting there will be more. I can’t believe it’s just going to be in the north-west and north-east. We need to be mindful this could be throughout the country in the same way it’s been in other professions where children are there – in the church, in schools.”

Football’s governing body has been forced to launch an independent investigation into the escalating crisis, vowing to determine how a suspected paedophile ring was allowed to prey on youth players.

The English Football Association recruited an independent QC to oversee an internal review after former players came forward to claim they were abused by coaches and trainers.

The Guardian is aware of many others from junior teams who have done the same and the FA has acknowledged their initial investigation could eventually lead to a full-scale inquiry into the sport.

The review will seek to establish how much information was available at the time about the alleged activities of Barry Bennell, the convicted paedophile at the centre of the scandal.

Andy Woodward and Steve Walters, former players at Crewe Alexandra, waived their anonymity to tell the Guardian that they had been sexually abused when Bennell was running the club’s youth system.

Bennell, now 62, has served three prison sentences totalling 15 years for multiple offences involving Crewe and various other teams, but there are growing fears that he was colluding with at least one other paedophile.

The FA’s hotline, set up with the NSPCC and described as “a safe space for any further whistleblowing”, has received more than 100 calls.

Taylor suggested that some of the issues his organisation had encountered with players suffering from mental health issues could be linked to the crimes of Bennell and others.

“We’ve had issues of depression and, of course, issues that caused suicides – some of what might be coming out might help explain that as well,” he said.

Many of the players who have already come forward have voiced similar fears. The FA said it was now looking at how the system allowed Bennell to get away with it for so long and whether the two clubs where he had the strongest links, Crewe and Manchester City, ought to have done more to investigate allegations about his behaviour.

“The internal review will look into what information the FA was aware of at the relevant times . . . what clubs were aware of, and what action was or should have been taken,” a statement read.

“The FA has instructed independent leading counsel Kate Gallafent QC to assist it with a review into the abuse cases which have recently come to light. At this time, with acknowledgement that a wide-ranging inquiry may be required in time, we are working closely with the police to support their lead investigations and must ensure we do not do anything to interfere with, or jeopardise, the criminal process.”

Bennell started coaching in 1970 and worked with numerous teams in Greater Manchester, Cheshire, Staffordshire and Derbyshire before serving his first prison sentence in 1994 in Florida, having molested a British boy on a tour.

Crewe have stated they are holding their own investigation into how the club dealt with allegations about their employee, and another of their former youth-team players, Tony Hughes, has joined the growing number of victims to go public, telling the Sunday Mirror he was also targeted by a man the US authorities have described as having “almost an insatiable appetite” for young boys.

The Metropolitan police as well as the Hampshire and Cheshire forces have confirmed they are investigating complaints within the football world. Northumbria police said it was investigating an allegation from a former Newcastle player that he was abused in the club’s youth system. Newcastle said they would cooperate with authorities “if or when the club receives further information” but that all they knew currently came from what was printed in the Guardian.

Stoke have said they had not been approached about any specific allegation but were ready to investigate if necessary, while Manchester City, where Bennell was affiliated with their junior teams for seven years, have said in a statement: “[We are] currently undertaking a thorough investigation of any past links he might have had with the organisation.”

Blackpool said they had not received any information from the authorities but that if they were to do so the club would “provide every assistance”.

Leeds United said they had not been made aware of any allegations regarding sexual abuse from the PFA or any other governing bodies to date.

The club added they would take any complaints seriously and would cooperate fully with the PFA and the FA with any such investigations.

“The safeguarding of our young players is of the upmost importance to Leeds United,” they said. Guardian service