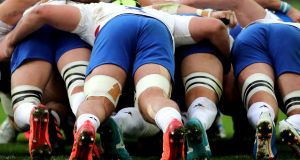 World Rugby held another forum involving all the game’s leading stakeholders on Tuesday to continuing discussions regarding an extended autumn window this year. This would accommodate the four postponed Six Nations matches and a revised November schedule in the near certainty that the proposed tests involving the major southern hemisphere sides will not proceed.

After deferring a decision on June 30th, following the latest round of talks the World Rugby council is now not expected to vote on creating an adjusted window until the end of this month. No date on this has yet been set, and the unions desperately wanted some clarity before now, although apparently progress is being made.

Those re-arranged Six Nations matches would include Ireland’s games at home to Italy and away to France, which have provisionally been pencilled in for October 24th at the Aviva Stadium and October 31st in the Stade de France.

The beleaguered European unions and federations are also seeking to thrash out plans for a one-off tournament involving the Six Nations and two others countries from, potentially, Fiji, Japan and Georgia. They want a six-week window starting on October 24th and entailing a down week to allow for a tournament of eight teams divided into two groups of four, with the winners to meet on December 5th.

Although Japan and Fiji have been touted as the likeliest two additional countries to take part in this tournament, as The Irish Times reported on Tuesday, it may make more sense to invite Georgia and Fiji.

Including Japan, given the restrictions on transcontinental travel which are expected to prevent New Zealand, South Africa, Australia and Argentina heading north in November, has always seemed a little unlikely.

By contrast, a Georgian squad could even travel to games by rail, if needs be. Furthermore, a relatively strong Fijian squad could be assembled from their European-based players.

Were the unions and federations of the Six Nations, particularly the RFU and the French Federation, to reach an agreement with Premiership Rugby and the Ligue Nationale de Rugby, it would mark a fairly momentous accord. However, there remain significant stumbling blocks, with the French Federation heretofore insisting that the window only be extended to five weeks.

The 2020-21 Top 14 is set to start on September 4th, while the Premiership is set to run off four revised rounds of the 2019-20 campaign over the last three weeks in August (including a round of midweek games) and then, curiously, have an eight week break before its final, which has been fixed for October 21st.

In addition, although no concrete date has yet been fixed for the start of the 2020-21 Premiership season, November 21st has been suggested as a possibility.

The Pro14 will be less of a stumbling block, with just two rounds of revised derbies pencilled in for the last two weekends in August, before a round of semi-finals on the first weekend in September and the final on September 12th.

Following on from the quarter-final and semi-final weekends in the European competitions, the Pro14 2020-21 season is due to start on the first weekend of October, with the Champions Cup final to take place on October 24th at a venue yet to be decided upon.

That final could, conceivably, mark a fifth knockout match in a seven-week timeframe for the likes of Johnny Sexton, Tadhg Furlong and other Irish front-liners, with only a week’s turnaround before the first of five or six internationals in another seven-week block.

However, the even more vexed question of a globally aligned calendar reform is likely to prove more difficult to agree upon.

Radically shortened intercounty season to be discussed 19:10
Oisín Orr lands The Lir Jet ride in Phoenix Stakes after Ben Coen injury 19:03
Wildfire forces suspension of play at Wentworth Golf Club 18:42
A new putter for Tiger Woods is something worth noting 18:03
GAA reiterates its commitment to following Nphet guidelines 16:26
Crossword Get access to over 6,000 interactive crosswords