The Ulster secondrow accepts recent frustration and disappointment on the pitch 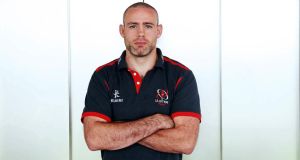 Lewis Stevenson: “We perhaps let ourselves down a little bit which just adds to the frustration.” Photograph: Darren Kidd/Inpho

Ulster are hurting. The last two weekends in the European Rugby Champions Cup have seen them lose to Leicester Tigers at Welford Road and then watch Toulon depart Kingspan stadium with the match points.

It is not the defeats that smart most but the manner in which the Irish province has succumbed, guilty of error strewn, unfocused displays that are completely at odds with most of their early season form. They demonstrated character when clawing a bonus point against the Tigers but in some respects that makes their earlier fragility in the match all the more depressing.

Lewis Stevenson acknowledges that a playing voyage that began with expectation and enthusiasm is becalmed after a third of the campaign. “Given the way we played in the Glasgow game and our form coming into the two European matches there is a massive sense of frustration and disappointment at the results.

“Against top sides like Leicester and Toulon if you fall asleep for even a very short period of time you find yourself with your back against the wall very quickly. The endeavour, the work-rate was there but the lack of accuracy was our undoing.

“You look at the time sheet and you realise their quality so against that you cannot let them get into their stride and once they did they’re very difficult to contain. Most international teams would be jealous of their depth.

“There has been a lot of criticism of them, people saying that they had bought success but (I think) they are great for rugby. You only had to look at the buzz they generated at Kingspan stadium. Every player wants to measure themselves against the best and I loved every minute of it, despite the result.”

The 30 year old secondrow has shouldered additional responsibilities this season because of injuries to Irish Internationals Iain Henderson and Dan Tuohy.

Former captain Johann Muller, a huge presence on and off the pitch for the province, retired and returned to South Africa during the summer while his compatriot Franco van der Merwe has had to, and has, settled quickly in his first season.

He recognised that his pathway to the Ulster senior team was festooned with several senior figures so he decided to get experience elsewhere. He went from Sandy Park to The Stoop, playing with Harlequins before returning to Ulster and signing a contract extension that will keep him at the province until the summer of 2016. The English Premiership was a tough finishing school. “I genuinely believe that for a forward the Premiership is one of the toughest leagues. It’s fairly attritional and that experience has stood me in good stead.”

He understands his current responsibility but isn’t willing to acquiesce meekly when Henderson and Tuohy return. “I’m looking to make it as difficult as possible for those guys to get the jersey back. They are both top quality players, internationals but I want to make it tough for them.

“I am relishing these opportunities. If the guys were fit then I probably wouldn’t be playing these games. The onus is on me to step up and show what I am about.”

He points to a strong leadership cadre, Rory Best, Tommy Bowe, Franco van der Merwe and Paddy Jackson, whom he says, “has really come on in that respect.” They won’t have them all on Saturday but others will have to oversee the beginning of healing process against the Newport Gwent Dragons.