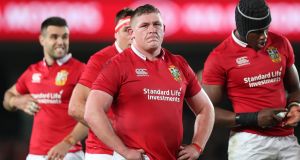 Summer’s lease has an even shorter date for rugby union followers. The English season creeps into June this weekend and will stay there for at least the next 12 years, concluding towards the end of the month rather than the beginning.

Cricket’s World Cup starts before the rugby season ends, far removed from the days when a campaign started on September 1st and finished on April 1st. The game is stretching out for more money, although English football seems intent on proving that you never have enough.

It has been a season when private equity has considered rugby union to be a vehicle for profit. It has bought a substantial share in Premiership Rugby, all but one of whose 13 members are losing money, is in advanced talks with the Pro14 and is anxious to buy into the Six Nations.

It may be a few years before Premiership Rugby can say if it made the right move, although its decision to turn down an offer for a majority shareholding was prudent given the experiences with private equity of companies such as British Steel, Monarch, Comet, Debenhams and Saga.

“Private equity looks increasingly like an exploitative racket,” wrote one commentator. Another wrote: “Many times the deals are driven by the desire to make money rather than to improve the business model of the company. While there is much to admire about (some) private equity firms, the pursuit of outlandish returns has many times brought out the absolute worst in these transactions.”

At least Premiership Rugby has retained control, but details of the small print have not been revealed. Nor has the strategy of CVC, which paid £200m for its 27 per cent stake. By taking control of the commercial arm, it will not be able to recoup its investment, and more, by leveraging debt on the organisation but given that it will take out more than one quarter of the turnover every year, it will need to find a considerable amount of new money if clubs are to profit.

The same for the Pro14 and the Six Nations, although the latter has the option of World Rugby’s nations league proposal, a plan that would not see a hefty percentage going out of the game each year. It comes laced with the peril of relegation for the championships in both hemispheres, but as a means of growing the game throughout the world and reducing the financial gap between north and south it surely trumps private equity.

Without the nations league, Super Rugby will become un-super as players continue to migrate to Europe or Japan. The first two letters in Sale could stand for South Africa after their recent recruitment, with five signings from the Sharks (two on loan) and one from the Blue Bulls arriving at the AJ Bell Stadium where Faf de Klerk and Rohan Janse van Rensburg are in residence.

It is perhaps as well that the Lions will play only five warm-up matches in South Africa on the 2021 tour there but will they face opposition of sufficient quality, rather than competitiveness, to prepare them for a Test series in which the majority of the Springboks are likely to be based outside the country?

Talking of the Lions, Warren Gatland will next month be officially announced as the head coach for the tour, something he did not envisage two years after returning from the drawn series in New Zealand. “I hated the press and negativity in New Zealand,” he said at the time. “It’s time to let someone else do it.”

Gatland’s stance then also had something to do with attempts to shorten a Lions tour by a week without extra training time before flying out. The Pro14 has brought its final in 2021 forward a week to help the tourists, but the Premiership’s finale will again be held on the weekend the squad leaves for South Africa.

Compare that with the numerous training camps countries are having this summer before the World Cup. They mean that elite players will not have a long break for 12 months unless they suffer an injury, which, statistically, many of them will. The Premiership clubs are financially rewarded by the Rugby Football Union for releasing players for every England gathering, but when the Lions offered to pay for the 2013 final to be brought forward a week to allow Gatland and his coaches to have seven days to prepare for the tour to Australia, they were turned down.

The clubs point to the demanding nature of a Lions tour on their players, but there has not been a word about the arduous schedule this summer, which includes four international matches. The World Cup will be followed by a diet of non-stop league and European club rugby before the Six Nations. The final in England will be played on June 20th next year and a week later in France.

The Lions are being squeezed, victims of rugby politics. Under the nations league plan, they would be protected and a question for the Six Nations this year, as it reflects on competing offers from World Rugby and private equity, is not what the impact of relegation would be but is it ready to signal the primacy of international rugby and take charge?

The interest of private equity firms has been heralded as a sign of rugby union’s strength but they sniff out weakness and ruthlessly exploit it. - Guardian