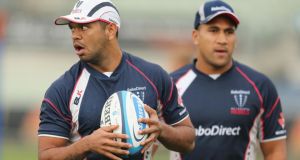 Australia back Kurtley Beale could miss this summer’s three-Test series against the British and Irish Lions after the Melbourne Rebels announced he will take an indefinite leave of absence from rugby to resolve personal issues.

The 24-year-old checked into a private health clinic to deal with “personal issues”, the Australian Rugby Union (ARU) said on Monday.

Beale was stood down from his Super Rugby side Melbourne Rebels last week for the second time this season after breaching behavioural guidelines related to a programme to deal with his alcohol issues.

“Kurtley has voluntarily entered a private health facility in order to undertake counselling,” the ARU said in a statement.

“Any future selection will be dependent upon successful completion of his treatment programme.”

The treatment puts Beale’s participation in the upcoming Lions tour in jeopardy, with Australia coach Robbie Deans set to name a preliminary squad of 25 this weekend.

Beale was suspended from the Rebels in March for more than a month after punching two of his team-mates in South Africa and agreed to undergo counselling after being slapped with a €30,000 fine by the ARU.

He was re-instated to the Rebels earlier this month with the blessing of his team-mates, but days after returning to action with a try off the bench against New Zealand’s Chiefs, Beale was stood down again for breaching the terms of his programme.

Beale’s former mentor Glen Ella advised the player to admit his alcohol problems and forget about playing the June-July series against the Lions.

“I’d love to see him playing against the Lions but, in all honesty, I think that’s (not playing) going to be part of his rehabilitation,” the former Wallabies back told Australian media.

“I think he needs to sit this one out. My advice to Kurtley – and I love him dearly, he’s been a small part of my life – is that he just has to keep away from it and focus on re-establishing his career.

“He needs to come out and say ‘every time I do drink, there is an issue’.”