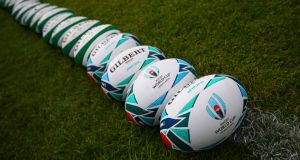 Convicted killer Francis Kean has been nominated for the World Rugby executive committee. Kean, the chairman of the Fiji rugby union, was seconded by the French rugby federation.

On December 31st, 2006 Kean killed a man at the wedding of Fiji prime minister Frank Bainimarama’s daughter. In 2007 the former commander of the navy was convicted of manslaughter and sentenced to 18 months.

Kean is currently Fiji’s only representative on the World Rugby Council – the highest group in the governance structure – and he is also the commissioner of the Fiji corrections service.

Seven available positions on the executive committee, from eight nominations, will be decided at the annual meeting of World Rugby Council on May 12th.

It has also been confirmed that former Argentina scrumhalf Agustín Pichot will challenge Bill Beaumont to be chairman of the governing body. Cast by secret ballot, victory will be achieved by a simple majority.

“The vote numbers will be published,” World Rugby confirmed.

Both Beaumont and Pichot are campaigning on the key pillars of governance reform, reviving the global season idea and a review of World Rugby’s finances.

In Beaumont’s re-election manifesto he states that an independent “wide ranging governance review” will look at the “purpose, role, remit and membership of exco, council, general assembly and committees.”

Pichot, in an interview with the Mail on Sunday, spoke about a World Rugby management that is “fit for purpose” and intends to review all internal structures to “restore trust” in the governing body.

“The system does not trust World Rugby, that’s the reality” said Pichot. “We have let politics get inside the organisation and that’s not good. I have been a part of it and I should have pushed harder for a fairer system.”

“To be elected, executive committee nominees need to be one of the seven candidates who win the highest number of votes,” World Rugby concluded. “With the current Covid-19 pandemic making it impossible for meetings to go ahead as scheduled, World Rugby has confirmed that the schedule of May council and committee meetings will be held remotely.”

PWC has been appointed as independent auditors for the election.

1 Diego Maradona dies of heart attack, aged 60
2 Andy Farrell to delve deeper into Irish squad for team to play Georgia
3 Gordon D'Arcy: I know what Joe and Cheika would do. Fix the basics
4 Darragh Ó Sé: Cork and Donegal went out with the wrong attitude
5 Diego Maradona: A genius and the soul of a nation
Real news has value SUBSCRIBE

Andy Farrell to delve deeper into Irish squad for team to play Georgia 19:42
Pele leads Maradona tributes: ‘One day, I hope we can play football together in the sky’ 18:38
Diego Maradona: A genius and the soul of a nation 19:31
Cork Harlequins dismayed over Hockey Ireland’s Covid sanctions 19:06
Diego Maradona dies of heart attack, aged 60 17:50
Crossword Get access to over 6,000 interactive crosswords