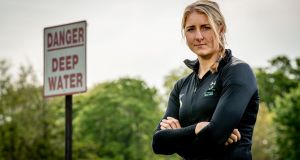 Sanita Puspure: will be looking to defend the title she won at last year’s European Championships in Lucerne when she competes for Ireland in Poznan this weekend. Photograph: Morgan Treacy/Inpho

More than 570 top rowers from 31 nations will be in Poznan, Poland this weekend for the 2020 European Rowing Championships; as a result of the global pandemic, it will be only the third on-water competition of the 2020 international season, following the European Under 23 Championships in Duisburg, Germany and the European Junior Championships in Belgrade, Serbia – both staged last month.

Lake Malta, in the heart of Poznan, is a familiar venue for Puspure, who is in one of the seven Irish boats on the water this weekend, looking to defend the title she won at last year’s European Championships in Lucerne.

In 2019, she also won her second consecutive World Championship, and qualified the Women’s Single Scull for the Olympics, at the World Rowing Championships in Austria. Now, two months shy of her 39th birthday, Puspure will be keen to lay down another marker.

The Irish senior crews also include several Under-23 and Junior crews who between them brought home six medals from their European Championships in September, including Ronan Byrne and Daire Lynch, who gold in the Men’s double at Under-23 level.

All seven boats are in action in Friday morning’s heats, with RTÉ Sport confirming that the A Finals will be broadcast live on RTÉ Player on Sunday; highlights of the Irish rowers who feature in those A Finals will also air at 6.30pm on RTÉ2.