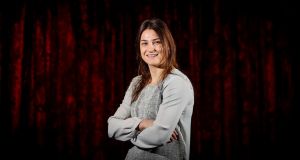 Katie Taylor will be one of the beneficiaries of the billion dollar deal. Photograph: Tommy Dickson/Inpho

‘Exciting Times’ tweeted Katie Taylor after the announcement of a billion dollar deal completed between her promoter Eddie Hearn and Matchroom Boxing and Perform Group, a digital leader in global sports media.

The joint venture, the biggest ever deal agreed in boxing, allows Matchroom Boxing to stage 16 fights a year in the USA featuring some of the sport’s biggest stars.

Taylor along with Irish IBF and WBA bantamweight champion Ryan Burnett will be two of the beneficiaries of the deal.

Taylor has been with Hearn since she turned professional after the Rio Olympic games in 2016. Like Burnett she also holds two world title professional belts with the IBF and WBA.

The lightweight champion has featured twice on the undercard of British heavyweight Anthony Joshua, who is also in Hearn’s stable of fighters with James DeGale, Kell Brook, Tony Bellew, Amir Khan, Anthony Crolla, and Scott Quigg. The deal with Perform Group secures a broadcast deal for the next eight years.

In her last IBF title fight in April against Argentina’s Victoria Bustos, Taylor featured for only seconds on the US HBO network, although the bout was broadcast live by Sky sports.

Her next bout is expected to take place in July in the UK in a Hearn promoted event.

None of the fight nights will be on Pay Per View. All will be available for one monthly fee and no long term contract.