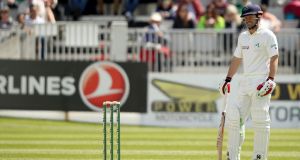 Former Ireland batsman Ed Joyce has been appointed interim head coach of the national women’s team until the end of their T20 World Cup Qualifier at the back end of the summer.

Joyce has coached at various levels since ending his playing career following Ireland’s inaugural Test in May 2018 and replaces Aaron Hamilton in his latest role.

He said: “It’s a great opportunity for me to further my journey in coaching, albeit on an interim basis.

“The initial period for me now is getting to know the squad further and helping the team prepare for a tough six-match series against Zimbabwe in July.

“This series, combined with the quadrangular series in August, is ideal preparation leading into the T20 Qualifier which is undoubtedly our biggest and most important test this summer.”