‘Don’t throw out the environmental baby in the Brexit bathwater’ 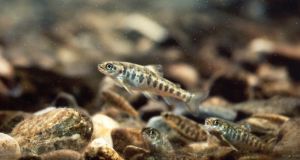 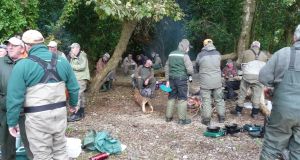 THE UK’s major angling and fisheries conservation groups have published a joint paper setting out their concerns over moves to replace EU environmental legislation in the wake of the Brexit vote in June.

Three quarters of rivers in the UK are failing to reach good ecological status and much of this is down to poor agricultural practices in their catchments, they warn. Many marine fish stocks are threatened as a result of commercial over-fishing.

The group argue that while there is an urgent need to reform the “wasteful and environmentally damaging” system of agricultural subsidies, much of the improvement that has occurred in our natural environment has been underpinned by EU measures such as the Water Framework, Marine Strategy Framework and Habitats Directives.

The report calls for the Common Agricultural Policy to be replaced in the UK by payments that reward environmentally sensitive practices delivered through farmer-earned recognition and voluntary accreditation.

Angling Trust chief Martin Salter said: “We believe that these EU directives are all essential for improving the aquatic environment and protecting our fisheries and trust that ministers will not throw out the ‘environmental baby’ in the ‘Brexit bathwater’.”

The report calls for the sustainable management of marine fisheries based on scientific evidence and the designation of recreational-only species in recognition of the far greater social and economic benefits arising from sea angling than from commercial fishing fleets.

This and other policies should be encapsulated in a new national fisheries policy covering both marine and freshwater fish, which takes much greater account of the needs and role of recreational fisheries, the joint paper says.

Tenders will be accepted up until this Friday; proof of postage on or before this date will be accepted. If you have any queries, contact Paul O’Reilly at paul.oreilly@fisheriesireland.ie or (01) 884 2600.

From Headwater to Headland – Improving smolt survival in rivers and estuaries

It will address the key issue of improving salmon and sea trout smolt survival during the critical early stages of their migration.

With fewer salmon surviving at sea, it is vital to ensure that as many healthy wild salmon and sea trout smolts as possible leave our rivers. The session will explore how this can best be achieved.

Leading scientists will outline results of the latest research into factors affecting smolts numbers, such as predation, barriers to migration and pollution, and highlight the implications for their management.

The conference and dinner will be held in the Guild Hall of the ancient town of Berwick-upon-Tweed. There is ample accommodation close by, which needs to be booked directly.

The charity competition on Lough Lein raised €6,260 for the Kerry Cancer Support Group and the club donated €2,500 towards the Kerry/Cork Health Link Bus. Best wishes were extended to the club’s president, Mr M J O’Connor, who celebrated his 103rd birthday during the year.