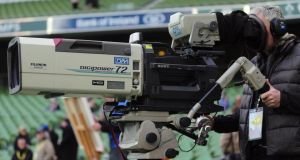 The GAA have confirmed details of their deal with Sky Sports, with the satellite broadcaster securing rights to 20 games in this year’s All-Ireland football and hurling championships.

Under the terms of the deal, Sky Sports will broadcast 14 matches exclusively on the pay-per-view channel while also securing non-exclusive rights to the All-Ireland hurling and football semi-finals and finals.

The first match broadcast on the channel will be the meeting of Kilkenny and Offaly in the Leinster hurling championship in Nowlan Park on June 7th.

The two quarter-finals shown by the channel will involved the Leinster and Ulster champions against teams coming through the qualifying series.

The move represents a paradigm shift for the GAA and is likely to cause unhappiness amongst the membership and also the viewing public, who will have to pay to watch matches for the first time during the summer.

While RTÉ retain the same amount of matches (31) as under the previous deal, TV3 - who started broadcasting championship games six years ago - have lost all of their coverage.

RTÉ have also secured the rights to all six provincial championship finals. Ulster championship games covered by RTÉ will also be broadcast on BBC Northern Ireland.

GAA fans in Australia, meanwhile, will be able to watch all 45 championship games live on free-to-air television with the country’s Channel 7 network securing rights.

“We are pleased to confirm arrangements for the broadcast of our games for the next three years, particularly as we believe that they represent an exciting development for the Association,” GAA president Liam O’Neill said today.

“Making our games more widely available to Irish people abroad was a critical factor in our approach to these negotiations. We felt an obligation to them not to neglect their legitimate appeals to be able to watch live TV coverage of our games.

“We are also glad that this brings the quality and excitement of our games to a wider international audience. Gaelic games are national games played in a small country, and which must compete for audience loyalty with the hugely powerful sporting and marketing resources of international sports.

“The GAA has to fight its corner, and must ensure that it maintains a strong presence across a range of media outlets so that we can continue to fund our clubs in the important sporting, cultural and social roles they perform in their communities. “

TV3’s director of broadcasting, Niall Cogley, expressed his disappointment, commenting: “TV3 has been proud to broadcast the GAA championship free to viewers throughout the country over the past six years.

“TV3 made a very commercial bid for the next three years but this appears to have been superseded by the GAA’s preference for a pay television strategy.”