At 25, he’s hoping to add senior All-Ireland final to his minor and under-21 trophies 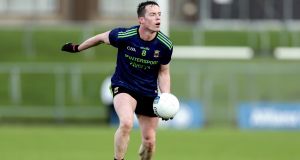 Mayo’s Stephen Coen: They will need to take out Tipperary on Sunday to set up what many anticipate will be a final clash with Dublin. Photograph: Laszlo Geczo/Inpho

When Stephen Coen turns 25 next Friday, he’ll hit the midpoint of a Mayo career in which he has invested heavily and which may be on the brink of a giant payout.

He’ll know by then if there’s another All-Ireland senior final to prepare for – his third – or if it’s going to be another of those winters of discontent.

Before his sudden death in 2004 aged 24, Cormac McAnallen achieved the same minor/under-21 double with Tyrone and added a senior win, a historic treble that if Coen could emulate would place him among the all-time greats.

First things first, though. They will need to take out Tipperary, the surprise Munster champions, on Sunday to set up what many anticipate will be a final clash with Dublin. The PhD student bristles at references to Mayo’s “favourites” tag.

“Favourites, underdogs – really, it’s irrelevant, especially when it comes to the Championship and even more so with the way things have gone this year,” says Coen, now in his seventh season as a Mayo senior. “You’ve seen it in the Championship already, it doesn’t really matter who are the favourites and who are the underdogs.

“The same with the crowd situation, if there’s no crowd or there is, once the game starts you don’t really focus on the crowd, so from that side of things, in terms of favourites and crowds, it doesn’t really matter to us.”

You tend to believe Coen on the former issue about favourites and underdogs – just look at who they’re playing. On the lack of crowds, it’s hard to imagine it won’t affect them in some way, for better or for worse given the connections they’ve soldered over the years with their huge fanbase.

“For us, what has really been a big motivating factor, and I’m talking of my own family who would have been a massive support to me, and all the players’ families, them not being able to go means you want to show to them how much it means to you,” says Coen. “First and foremost, it’s a motivating factor that those people can’t be there so we’re really just trying to put in the best performance we can for them.”

Coen reckons one positive of playing in empty stadiums is that players and management can communicate so much easier. Perhaps another is that Mayo’s young team – it was a first Connacht senior final for 10 of the 20 players used against Galway last month – haven’t had that feeling of thousands of eyes burning holes in their backs. Coen mentions rookie defensive partners Oisín Mullin and Eoghan McLaughlin in particular.

“Both of them are extremely, extremely good players,” he says. “They’re full of energy and just want to work hard, very honest players. Like everyone that’s come through at their age group, they’ve really added a lot of energy and enthusiasm to the group.

“There’s a bit more craic and it’s brought down the average age of the group as well. What I’m very impressed with is how they’ve blended so quickly with guys who’ve been here a while.

“They’ve made an effort to mix amongst the group and have really added to the togetherness. As you can see from the performances, they just play with the shackles off.

“They want to hunt after the ball, attack as much as possible and just work really hard. I think it’s admirable the way they’ve played. A lot of us guys who’ve been playing for a while now have learned a lot from them.”