Galway into Connacht decider while Donegal, Tyrone and Down win in Ulster 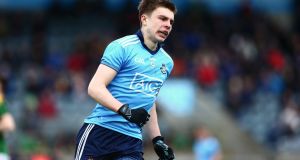 On a busy afternoon across the country in the various provincial Under 20 football championships, Dublin advanced to the Leinster decider as they brushed aside Meath by 2-14 to 0-7 in their semi-final at Parnell Park.

The hosts raced from the block with a scruffy Luke Swan goal in the third minute rewarding their early pressure and they were soon seven points clear following scores by Evan Caulfield, Swan and Ciaran Archer.

Meath, deprived of the talents of marquee forward Shane Walsh, struggled to make an impression in attack with their three first-half points coming through placed ball efforts by Luke Mitchell, Liam Byrne and Jordan Morris.

In contrast, Dublin looked far more threatening despite a number of poor wides and they confirmed a healthy and deserved 1-8 to 0-3 interval lead thanks to points by Caulfield, Lorcan O’Dell and Mark Lavin.

Any thoughts that the visitors would mount a comeback after the break were soon dispelled as O’Dell’s nimble feet took him beyond a static Meath defence in the 33rd minute with his low finish from eight yards leaving Seán Brennan helpless.

From that point, the contest was effectively ended as Dublin advanced to a final meeting with Laois thanks to late scoring contributions by Archer, Kieran McKeon and substitute Padraig Purcell.

In Elphin, Galway progressed to the Connacht decider against Roscommon as they easily overcame Leitrim by 1-12 to 0-2. The visitors led by 0-4 to 0-1 at the break and secured their final berth thanks to a 47th minute goal from Matthew Cooley.

Matters were far tighter in the Ulster Championship quarter-finals as Donegal, Tyrone and Down all progressed to the last four at the expense of Monaghan, Armagh and Cavan respectively.

In Ballyshannon, penalties were required as Donegal won by 3-1 after the contest had finished deadlocked at 2-9 to 1-12 after extra-time. Aaron Doherty and Ethan Harkin grabbed the home goals with Gary Mohan’s effort ultimately proving in vain for the visitors.

Extra-time was also required at the Athletic Grounds in Armagh as Tyrone finished on the front foot to secure a 1-9 to 0-8 success. The holders struggled for the large part but a 50th minute Tiarnán Quinn goal helped ensure parity at 0-8 to 1-5 at full-time and Quinn, Neil Kilpatrick, Antoin Fox and Conor Quinn all added points to seal their team’s progress.

They were joined by a Down side that defeated Cavan by 1-11 to 0-8 in Breffni Park.