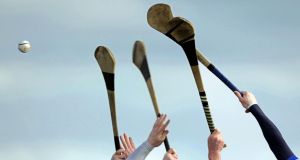 A strong closing 10 minutes saw IT Carlow take a nine-point victory over St Patrick’s-Mater Dei in the Fitzgibbon Cup on Mobhi Road, Glasnevin.

A two-point gap was the difference for much of the second half, after an Eoin McIntyre goal brought the teacher-training college right into contention just a minute after the match restarted.

This game began at a frantic pace, with Waterford full forward Patrick Curran netting a first-minute goal for the host team, but IT Carlow responded with an unanswered 2-1, including goals each from Waterford’s Colin Dunford and Chris Bolger from Kilkenny.

Bolger went on to score a second goal to ensure a 3-6 to 1-7 interval lead and, although St Patrick’s managed to cut the gap, substitute Tom Nolan broke through for IT Carlow’s fourth goal late on to ensure the victory.