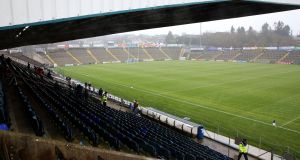 Cavan are the latest county board to cash in on the still buoyant Dublin property market as a means of raising funds for their latest GAA development.

Plans are now in place to develop a new Polo Grounds Centre of Excellence adjacent to their county grounds at Kingspan Breffni Park in Cavan town.

Named after the old Polo Grounds in New York, where Cavan defeated Kerry to win the 1947 All-Ireland football title, the project is described as a “much-needed development in the heart of our county that will provide three new full-size, floodlit, grass pitches as well as a high-performance gym, additional male and female changing facilities, meeting rooms and a community walking/running track”.

Work has already begun on recently acquired land surround Kingspan Breffni, the county stadium, and to help raise funds, Cavan GAA will stage a once-off raffle with the prize of a €400,000 house in Barnwell Woods, Dublin 15 for just €100 – or the price of each ticket going into the draw.

All profits raised from the draw will go towards the development of the Cavan GAA Polo Grounds Centre of Excellence. The draw itself will take place on December 30th, 2019 in the Hotel Kilmore.

It follows a similar venture last year by Club Rossie, the Roscommon GAA supporters club, when at the end of December a Dublin house raffle grossed €1,403,400, based on sales of 14,034 tickets at €100 per ticket.

The new three-bed house in Royal Canal Park, Ashtown was built by Seán Mulryan, who is the main sponsor of Roscommon GAA, with similar houses in the development are on the market for €425,000. The #WinAHouseinDublin fundraiser was won by Kumar Gangah, an Indian software engineer who lives in Lucan.

The cost of running the event was €460,000, the cost of the house accounting for €350,000. The remaining cost was comprised of paying stamp duty and legal fees, plus advertising. The net contribution to Roscommon GAA was €943,400, which would be used to implement the strategic plan of Roscommon GAA including the development of the Dermot Earley Centre of Excellence and work on Dr Hyde Park.

Club Rossie spokesman David Leydon said the success of that raffle was “way beyond expectations” and that on average they sold €12,500 worth of tickets every day while the draw was going on.

He added that interest in the house went far beyond Roscommon supporters and that the draw emphasised the attractions of winning a home in Dublin rather than the cause for which the funds were raised.

Last year Meath GAA launched an even more ambitious bid to raffle three new houses in Navan, each worth €275,000 in a partnership between Meath GAA and Glenveagh properties, at different dates up to March 2020 in an effort to raise between €1.5m and €1.8m for the redevelopment of their Páirc Tailteann grounds in Navan.

However slower than expected ticket sales resulted in a delay before the first draw, before on December 29th, the first of the three houses was won by Paddy O’Dwyer from Dunshaughlin.

The eight-week postponement was to facilitate more sales as the target of 12,000 tickets per draw had not been achieved, and according to Meath Co Board the clubs needed more time for sales.