The need for a burning platform on climate change

The pursuit of efforts to limit climate change has begun in earnest but do we have enough time, asks Dermot Byrne, president of Engineers Ireland 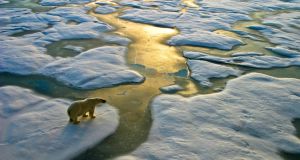 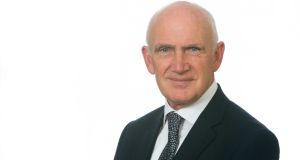 75 years ago, the Rural Electrification Scheme got underway, bringing electricity and light to households throughout rural Ireland. In the process people’s lives, the rural economy and society as a whole were transformed, and within a period of 20 years this massive transformation was effectively complete. What this shows is that energy and societal transformations can happen quickly when there is a burning platform for change, clear customer benefits, the availability of the enabling technologies, and clear policy direction and implementation.

This is important because, as we face into the remaining 80 years of this century, we are now facing into another societal transformation, of which the outcome is far from certain, and which will be shaped by how we respond to the challenge of climate change.

The link between human activity and climate change has been established by the Intergovernmental Panel on Climate Change and the global science community. Storms such as those experienced in 2014, which previously would have been considered “one in 100 year” events, are now becoming more frequent. Earlier this year in Ireland we witnessed the devastation that flooding caused. Globally, this is the third year running to register record temperatures and the challenge is set to become even more acute, unless we begin to seriously address it, collectively.

On a positive note, this process has started. At the Paris Climate Conference in December 2015, Ireland, along with 194 other countries, adopted the first-ever universal, legally binding global climate deal, that is to limit global warming to well below 2°C, and to pursue efforts to limit the temperature increase to 1.5°C above pre-industrial levels. This will take time - decades, if not generations.

The big question is though, have we enough time? The speed at which the transition to a low carbon future takes place is a critical consideration, and if action is not taken soon it may be too late. It has been said that by the time humanity comes to fully realise how much we need to shift to low-carbon forms of energy, we will have passed the point of no return.

As the Rural Electrification example shows, energy transitions can happen quickly. An examination of this, and other energy transitions from around the world, shows that such transitions take in the region of 15 years or so when there is centralised decision-making and implementation, and somewhat longer at 20 to 30 years where there is a reliance on consumer behavioural change and the adoption of new technologies.

Looking forward, the energy transitions that need to take place if we are to leave the world a better place for our children and grandchildren are threefold: in electricity, heating and transport.

In electricity, the transition to a zero-carbon electricity supply is already well underway, with renewable sources now above 25 per cent of the electricity mix, and with a real prospect of achieving the 40 per cent target by 2020, provided we stay the course. Further down the road, certainly before 2030, coal and peat-fired generation will cease, taking two very large carbon emitters out of the equation. The costs of wind and solar power are decreasing. Other technologies that may contribute to the goal of a zero-carbon supply include biomass and CSS (Carbon sequestration and Storage), perhaps using the depleted Kinsale gas fields. Nuclear, while it will continue to make a major contribution at a global level, cannot be considered a realistic policy option for Ireland at this time.

In the heating sector we must increase the energy efficiency of our residential homes through a process of deep retrofit, and then replace their heating systems with low carbon heating systems. Such low carbon heating systems are increasingly becoming available, supplied either through the electricity or gas grids, evolving over time to zero carbon as the grids themselves decarbonise. In the past 7 years, some 300,000 homes (17.5 per cent) have undergone some degree of retrofitting to become more energy efficient. Selling the benefits in terms of comfort and capital appreciation, together with incentives - be they grants or access to affordable financing - will help to accelerate this process. At the enterprise level, companies such as Astellas Ireland, highlighted in the Engineers Ireland State of Ireland report, are blazing a trail in relation to energy efficiency and carbon reduction. Astellas has achieved a 92 per cent reduction in carbon emissions through the installation of a biomass boiler, a wind turbine, and a solar water heating system.

In transport, one of the key differences with the electricity supply sector is the element of behavioural change and customer choice involved. Customers have to want to change from oil-based transport, and/or be incentivised to do so. This requires attractive alternatives to be available. The roll-out of bicycle lanes in Dublin and the Dublin Bike scheme are good examples. However, the real challenge is to transition out of oil in the passenger car and the heavy vehicle fleets to low carbon alternatives. It was truly inspirational to read a few weeks ago about Clonmel man John Walsh who, in his 100th year, has just bought a new Nissan Leaf EV. This is a man who learned to drive in his father's Model T Ford over 80 years ago. And the introduction of compressed natural gas (CNG) heavy vehicles is a gateway for the future introduction of renewable gas into the transport sector.

Are these three energy transitions - in electricity, heating and transport - happening fast enough, and can they be accelerated?  The technologies are either available now or are being developed. The customer benefits in terms of comfort, cost and performance will increasingly become evident as new products are rolled out. We have the policies. What we now need is a commitment to policy implementation and to communicating the burning platform for change. 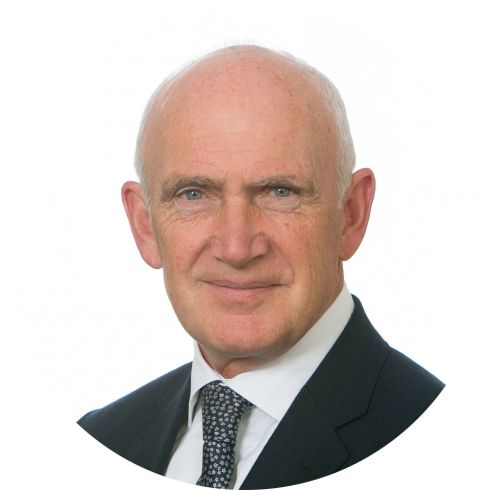 For more information about Engineers Ireland, the professional body for engineers and engineering in Ireland, visit www.engineersireland.ie