Rich Corbett of Trinity College on venture capital, globalisation, and The Start Up 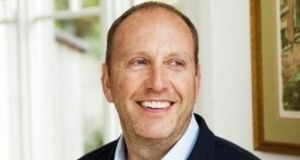 Rich Corbett: “I recently hired a full-time employee out of Trinity who just did his masters in computer science, so the intellectual capital is here”

Rich Corbett is one of Trinity College Dublin’s entrepreneurs in residence. A Bostonian, he has lived in Ireland for five years and founded The Start Up, a platform that helps entrepreneurs all the way from idea to IPO.

He explains his business and his role within Trinity Business School.

“As part of our platform, we give an assessment of an idea, which, using our algorithim, generates a score from 0 to 1000. You don’t have to disclose your idea. We give you a free Swot analysis, and then we have a roadmap of the best actions that you should take at that point. As people go down that path we engage and mentor them. We also have a crowd funding platform and are in the process of putting together a $15 million venture capital fund, so that we can write larger cheques for the best companies – $250 to $500 dollars initially, then follow on with $1 million to $2 million for the best ones after that.

In working with Trinity, we engaged with Dr Giulio Buciuni, who has been fantastic to work with.

Part of our platform is to build a digital dash board for entrepreneurs. The average start up might go to 10 to 12 different websites to build their business and we put that on one centralised platform. With that, you can build out your business plan, canvass, or look at cash flow, so all the things you need to get your business off the ground is there. Dr Buciuni has been using that software platform, which gives him an oversight of all those start-ups and he can say, ‘Did you think about this or that?’

I’ve been involved as an investor and in venture capital throughout my career and also in finance and investment banking. It’s great to see what’s going on in Trinity and they have a great vision of where they want to go.

The quality of the companies is getting increasingly better, the talent we are seeing is fantastic

It’s been great to see multinationals coming here. When I came to Ireland at first it was all call centres and back office stuff. It wasn’t the powerful jobs that were here and now you look at Facebook and Google; there is a huge amount of engineering talent coming here and that is what is going to drive the next generation of start-ups.

Trinity has students from all over the world coming here so the whole idea of Dublin becoming the Silicon Valley of Europe is starting to take hold and as an investor involved with start-up companies, it’s great to see. The quality of the companies is getting increasingly better, the talent we are seeing is fantastic. I recently hired a full-time employee out of Trinity who just did his masters in computer science, so the intellectual capital is here.

I’m Bostonian and what I would have seen is Harvard, MIT and Yale pushing to keep things within the academic community. The Harvard guys would want to connect with other alumni, for the purpose of investment, guidance and mentorship, and I see them building that ecosystem in Trinity, of not only students but also faculty and alumni. That’s great to see.”