Accusing RTÉ of bias is a national sport, but the term is being misused in this debate 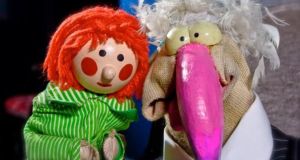 RTÉ seems to be suggesting that anyone who has ever turned up on ‘Bosco’ or looked sideways at Biddy and Miley somehow has their personal opinions policed by the station.

During the referendum campaign, it is important that broadcast journalists maintain their impartiality. Accusing RTÉ of bias is a national sport, but the term has become as misused in this debate as has “balance”. While news broadcasters, under RTÉ’s own guidelines and those of the Broadcasting Authority of Ireland, are, with good reason, told to keep their personal opinions to themselves while reporting on the referendums, RTÉ last week issued a far-reaching memo gagging anyone working in or with RTÉ from expressing an opinion about the referendums on social media.

One gets the impression that RTÉ is increasingly afraid of its own shadow, and this impractical decree doesn’t do it any favours. Workers at RTÉ, in departments and programmes that have nothing to do with current affairs, were sent the memo, which read: “For the duration of the campaign debate, you should not state on social media your views on either of the two referendums: this includes banners, retweets, Twitter avatars, watermarks, and so on. If you feel restrained by this, we would ask you to remember that it is in the name of a principle worth protecting – public trust in our delivery of fair debate and coverage of these referendums.”

The public needs to understand that RTÉ is not just one big newsroom. Only a percentage of those who work there, permanently, freelance, or on and off, are journalists. Yet now RTÉ seems to be suggesting that anyone who has ever turned up on Bosco or looked sideways at Biddy and Miley somehow has their personal opinions policed by the station.

Furthermore, to its detriment, RTÉ risks further alienating its LGBT staff, many of whom remain highly critical of, and hurt by, the headless-chicken approach it took during the Pantigate affair.

I asked RTÉ about the likes of Gay Byrne expressing an opinion publicly, as he has in support of marriage equality, for example. RTÉ replied: “The guidelines do not extend necessarily to public figures (eg musicians, actors or other personalities) whose public profile precedes involvement with RTÉ but who may from time to time appear on RTÉ in non-presenter or other roles, or those whose public profile exists beyond RTÉ. In respect of contractors, the social media guidelines can . . . only apply to those who are, for example, currently involved with a production or project in which they could be seen as representative of RTÉ.”

This appears to indicate, then, that there’s nothing RTÉ can actually do if the big guns want to say something about the referendum publicly. That isn’t much comfort to a young researcher frightened about job security.

The memo, leaked to Broadsheet.ie, received little pick-up elsewhere. When it comes to truly rattling RTÉ’s cage, journalists are a little reluctant. Why? Selfishly, for many journalists, RTÉ is a hotbed of nixers. Journalists love nixers, and are mindful of not biting the hand that feeds. If you do sound an alarm about RTÉ, perhaps you risk being seen as a bit of a loose cannon. Maybe the next radio producer will skip over your name when they’re looking for someone to talk about a topic. There’s a reason you hear the same voices on RTÉ over and over. They are the reliable ones who turn up, spout something entertaining, go home, and get paid. I should know, I do it all the time.

Presumably, if absolute impartiality is the new order at RTÉ, it will also stop broadcasting the Angelus throughout the campaign, considering the main opponent of civil marriage equality is in fact the Catholic Church. Is that not a bias too?