Kathy Sheridan: Drinking is never an excuse for rape

However, we should not be afraid to discuss the fact that alcohol increases vulnerablity 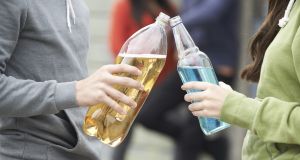 ‘The subject of women’s drinking has reared its head again in the context of the Stanford rape case.’

In 2002, at the height of the Rohypnol rape-drug scare, I interviewed Dr Mary Holohan, then director of the sexual assault treatment unit in the Rotunda Hospital.

Of the 21 people tested for Rohypnol (all negative) at that stage, 19 had taken “a lot of alcohol”, she said, “some up to 21 units that they can remember. But they’re saying that one of these must have been spiked.”

One recalled drinking Bacardi Breezers and ordering double Bacardis to top them up.

Another had had 10 pints of Budweiser, followed by half a bottle of vodka but still believed a drink had been spiked because, she said, “I drink that regularly on a Friday night and this hasn’t happened to me before.”

Like everyone in the field, Holohan was at pains to point out that any man who had sex with a woman who was drunk was being “reckless with her consent” and that that amounted to rape.

But equally she was concerned that alcohol as a factor in rendering people vulnerable to such assaults was being glossed over.

But in those pre-social media times, there was no outcry nor a single letter to protest that the doctor was victim-shaming.

Now the subject has reared its head again in the context of the Stanford rape case.

A helplessly drunk young woman was raped by a drunk student, who got a derisory six-month sentence.

Stressing her belief that rape under any circumstances is inexcusable, Sunday Independent journalist Niamh Horan used the case to focus on “women’ s drinking and the role it plays in putting them at risk of rape”.

She just wanted to “start a conversation”, she wrote, but had discovered that “the role of alcohol was unmentionable”.

No subject should be unmentionable. A liberal society is built on tolerance of conflicting (informed) views. And anyway, the idea that women who drink less are less vulnerable is just common sense, surely?

Why shouldn’t young women get targeted advice to drink less in order to better protect themselves – or as the paper’s headline put it: “Women need to face facts about the link between rape and drinking”?

Horan noted that when a television advertising campaign specifically targeted young men aged 17-24 and men aged 50-plus with a warning that those who get “a little worse for wear” were putting themselves “in harm’s way”, there was no cry of victim-shaming or sexism.

Car drivers – male and female – will perform somersaults to avoid a drunken pedestrian. Rapists do the opposite. Evidence in the car accident will not entail swabs of the young man’s anus or the suggestion that he was up for a little collision that night.

Sexual assault is never an accident. Getting drunk at a party clearly is not the same as staggering blindly across a dark road.

For my generation, the phrase “women need to . . . ” has been hammered into our psyches all our lives. Among the many things women “needed” to do was to use sexual self-control and not to lead men on; sure they would only follow their nature and it was our duty to stop them. We tried. Sometimes it entailed fighting off men three times our age.

Decades ago, we were protesting on Reclaim the Night marches. Now we hear young women talk about the harassment of drunken male gangs encountered while making their way home from night work.

Less than 20 years ago, there were rape camps in Europe. All the victims were probably teetotal.

Some weeks ago, 19 young Yazidi women were reported to have been burned alive in iron cages for refusing to have sex with Islamic State savages. They were probably teetotal too.

It’s just what happens when power is wreaked on the defenceless. Not at all like a car accident.

If it hadn’t been her, it would probably have been someone else, half-naked and degraded behind a skip, with pine needles and debris inside her body.

Yes, in an ideal world, no man or woman would ever drink to excess. But, as the Stanford victim wrote, addressing her rapist, this is about common sense, about human decency.

“You were not wrong for drinking. Everyone around you was not sexually assaulting me . . . We were both drunk, the difference is that I did not take off your pants and underwear, touch you inappropriately and run away. That’s the difference.”

1 Mother and two children found dead at south Dublin house
2 Cork shootings: Gardaí find lengthy apparent suicide note on one of the dead men
3 Róisín Ingle: Five ways to find joy in a pandemic. Only one of them is illegal
4 Johnson’s Brexit Bill set to be blocked by House of Lords
5 Michael Harding: Three reasons you’ll never see a cat in Donegal
Real news has value SUBSCRIBE