Berkeley tragedy: 'Try not to feed your anxiety as a parent' 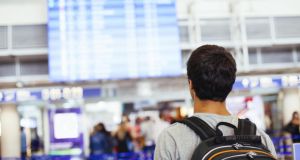 The two rules she recommends before they depart is an agreed schedule of contact, which you both stick to, be it daily or weekly, and whether it will be through text, Skype, social media or phone call

The first instinct of many parents after hearing the news of the Berkeley tragedy was to give their own children an extra hug and wish they could keep them safe always, no matter what their age.

For those who have a young adult abroad or one who is about to go away, the challenge of physical separation is intensified in the wake of an appalling accident like this. Parents may want to cancel their trip, summon them home, or jump on a plane to go to see them, but none of these is practical or logical.

Psychotherapist Trish Murphy’s son, video producer Leen Tangney (21), is currently in California but when the news broke this week, she knew the chances of him being caught up in it were very slim.

“I am calm enough. I know how emergency systems work in universities and I know I would have been contacted straight away,” says Murphy, who is also the Irish Times “Tell Me About It” advice columnist.

However, it was still a huge relief, a few hours after sending him a text, to hear his voice. “You don’t even realise how tense you are until you get the call,” she says.

Her son is in the US making a documentary about Trinity College student Jack Kavanagh, who is paralysed after breaking his neck in a swimming accident in Portugal three years ago. Kavanagh was due to give a talk to 150 people in San Francisco last night about how to cope with personal adversity.

For parents like herself, Murphy says you have to think how lucky you are and let your children go. You never stop worrying about them, she says, but you do get better at it and they, in turn, get a bit more sense.

says. Something like the Berkeley tragedy is a random event and while that helplessness is very difficult to handle, you have to accept it; “What else can you do?”

Lesley O’Byrne from Clontarf, Dublin, has five children aged from 16 to 27 and has seen three of them come and go on summer working holidays abroad, including one who went to Harvard on a J-1 visa last year. It’s always a leap of faith, even when a job and accommodation are lined up.

“You are losing control. I hate not having control over situations,” she admits. “But I am having to learn to let go a little. When they’re here, you don’t have that much control, but you have some.”

With one son about to go inter-railing in Europe, she says she can’t allow herself become more anxious now. “They have to live their lives, yet even here you are waiting for a knock on the door when they go out at night.

“Because I have five children, I have stopped myself worrying on a daily basis before they come home because I would never get any sleep. But I don’t think you ever stop being a parent.”

“But unfortunately things don’t always work out the way you planned.”

While acknowledging that what happened in Berkeley is a terrible tragedy, parents of other students abroad need to keep it in perspective, suggests Martine Newe of the organisation Helpmetoparent.

“It can be an anxious time for you but it is about letting them grow and spread their wings and get all that wonderful experience,” she says.

Life coach and mother-of-four Daphne Matthews from Killiney, Co Dublin, agrees that parents need to deal with their own anxieties rather than over-burdening their offspring. They will not always understand their parents’ reaction to hearing of the bereavement of other families.

She has four children, one of whom knew several of the students who died in Berkeley.

Matthews says she has never got used to her children going abroad and she struggles not to show her emotions at the airport.

However, liaising with parents of friends who have gone with them can help, she suggests, as you can share information and they will understand, better than most, what you’re going through.