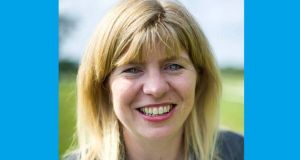 Conservative MP for Lewes in East Sussex Maria Caulfield, the daughter of Irish immigrants to the UK, believes the UK should operate an immigration system where migrants are assessed for entry on what skills they have in order to fill job shortages.

In a similar way to Australia, Conservative MP Maria Caulfield believes the UK should operate an immigration system where migrants are assessed for entry on what skills they have in order to fill job shortages. She is confident that her mother would have qualified under such rules were they in place when she moved to England in the 1950s.

“Certainly there was a nursing shortage, there was a big drive… to get nurses from places like Jamaica, from Ireland, from other countries and they were encouraged to do so,” she says. “So yes, I think if you have the right skills, absolutely you will be welcome. It is not an anti-immigration policy, it is just about saying these are the skills that we are really short of.”

A member of parliament for Lewes in East Sussex, Caulfield is a prominent voice in the campaign for Britain to exit the European Union and is herself the daughter of emigrants - her parents John and Margaret moved to Britain in the 1950s and she was brought up in Balham in south London.

The idea that there should be limits based on what skills gaps need to be plugged is central to her argument that Britain should exit. Prior to her election, she worked as a nurse in breast cancer research in the Royal Marsden Hospital in London.

“What I want is a more robust way so that you can welcome in as many of the people who want to come here with the skills that you need, so a much more Australian type system because I know that…the government has controlled non-EU migration very well, in fact too well,” she says.

“I was working as a nurse right up to the general election last year and the hospitals are now struggling to get doctors and nurses because those professionals from outside the EU, who used to come here from Australia, from New Zealand, from Canada can’t get here because they can’t get visas and we have got a shortage of these skills and there are not just enough people from the EU filling these gaps, which seems a crazy situation. But we have got people with other skills and we have got too many of those skills in the country.”

Caulfield’s upbringing had many of the same features as other children of Irish emigrants - she went to Irish dancing classes and spent her school holidays in Ireland. She still visits frequently, to family in Longford and Cork.

In Lewes, her constituents are a mixture of rural and town dwellers, many of whom are older - the area has the highest population of people aged over 85 in the UK. Large businesses in the area are those that employ more than 20 people and complain of the “red tape” frequently associated with the EU. “They feel the impact of the EU but they don’t feel the benefit,” she says.

A new national ‘living wage’ is expected to take effect in the UK from April 1st, pushing up the minimum hourly rate for workers from £6.70 to £7.20 and, according to Caulfield, will prompt a “flood” of immigrants to Britain.

A British government report has indicated that if there was an exit, border controls with the North would be reinstated while the future of the common travel area would be in doubt.

Caulfield’s colleagues on the pro-exit side are looking at what the implications would be if the vote to leave is carried, but there is no clarity on what the relationship between Northern Ireland and the Republic would be.

For Irish people already living in Britain, there would be no direct effect to their status, she says. “I don’t think it [any new residency rules] will apply to any existing people who are already living here. From the discussions that I have had, it would be about people wanting to move to the country.”

Her father John, who worked as a labourer, is “very much on the fence” about the proposed move, says Caulfield. He recognises that he would never be able to buy the house that he lives in now were he to have arrived in the UK as part of the current generation of emigrants, she says.

Britain’s relationship with the EU has been sharply different to that experienced by Ireland, says Caulfield.

“For Ireland the EU has been amazing. I remember a few years ago going over there and you would think that the flag of the EU was the national flag of Ireland because they built every single decent road in the country,” she adds.

“The UK has been one of the nations which has had to give a lot and not get a lot back and rightly so, you do have countries that are less economically stable that yourself there is no dispute about that but I think it is getting to a point where it is hampering us.”