The battle for Venezuela – a smoking political tinderbox 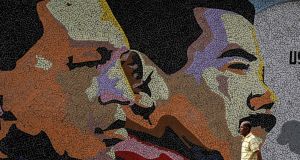 The holding of an open cabildo has deep historical resonances in South America. It was these citizen assemblies that two centuries ago sparked the continent’s wars of Independence against Spain. So Venezuela’s opposition leader Juan Guaidó would have been well aware of the symbolism when on January 11th he told one such gathering in the capital Caracas that he was preparing to assume the presidency of his troubled nation.

For the industrial engineer who looks considerably younger than his meagre 35 years it was a fateful step, directly challenging the Chavista movement founded by former president Hugo Chávez. The Chavismo regime, named after Chávez, has governed the country with increasing ruthlessness for the past two decades.

Just the day before Guaidó’s declaration, President Nicolás Maduro had himself been sworn in for a second six-year term. He has proved an increasingly hapless leader since assuming control of Chavismo’s “Bolivarian Revolution” – a stew of supposed 21st-century socialism seasoned with traditional Latin populism and anti-US imperialism – on the death of Chávez in 2013.

The burly former bus driver might privately mutter about the mess he inherited from Chávez, but it has been on his watch that the country’s economy, once one of the richest on the continent thanks to its oil industry, has finally collapsed under the weight of Chavismo’s contradictions, sparking a humanitarian calamity that has seen almost one in 10 Venezuelans flee abroad.

Yet despite this epic failure Chavismo and Maduro are in no mood to step aside. When Guaidó went ahead with his plan at another cabildo on January 23rd – a revered date in Venezuela’s political calendar as the anniversary of the fall of the dictator Marcos Pérez Jiménez and swore himself in as president, Maduro denounced him as an agent of Washington.

“The imperial government of the United States is leading a coup attempt against us in order to install a puppet presidency that they can control in Venezuela, ” he told supporters from a balcony at the Miraflores presidential palace.

The accusation that Guaidó is little more than a front for a Washington-orchestrated coup was quickly taken up by Chavismo’s defenders abroad, most of them leftists steeped in the CIA’s nefarious role in Latin American affairs over decades. After all Guaidó’s challenge is the most serious that Chavismo has faced since 2002 when Washington backed the country’s opposition in a disastrous coup attempt that briefly removed Chávez from office before the plotters fled in the face of mass protests by Caracas slum dwellers demanding their comandante’s return.

Yet Guaidó was careful to couch his power play in constitutional language, quoting Chavismo’s own constitution of 1999 back at it to justify declaring himself president.

His jurisprudential strategy has its roots in the last election widely considered free if not fair in Venezuela, the December 2015 one for the national assembly. In it the opposition overcame institutional obstacles in its path to hand Chavismo its worst ever defeat, winning two-thirds of the seats in the legislature and stripping from the regime its claim to represent the will of the people.

Maduro’s response was to call an extraordinary election for a new body to rewrite the constitution, and, crucially, supersede the powers of the national assembly while it did so. The opposition first cried foul at this blatant ploy to rob it of its victory, and then said it would boycott the vote once it became clear the government planned to rig the poll in its favour.

For much of the international community the new constitutional assembly was an election too far. The quality of democracy under Chavismo has long been disputed. It rigged the field in its favour, but observers agreed its victories nevertheless represented public support for the Bolivarian Revolution. So while the widely-respected election observer teams of former US president Jimmy Carter’s Carter Center have refused to carry out a full mission in the country since 2004, saying internationally recognised conditions for free and fair elections do not exist, most countries remained unwilling to declare the administration undemocratic.

That changed with the election for the constitutional assembly.

The United Nations implicitly criticised it, while the Organisation of American States and the EU refused to recognise the body it eventually produced, packed as it was with Chavistas.

Even the company hired by the national electoral council to count the votes, Smartmatic, accused the authorities of manipulating the result, and was forced to quit the country shortly afterwards for its pains.

By the time Maduro stood for re-election last May in the face of another opposition boycott, few in the region were willing to entertain the notion that the Chavista regime was now anything other than authoritarian. The UN declined Maduro’s invitation to observe the vote, leaving him reliant on foreign observers recruited among supporters of the regime, whose missions are often paid for by Caracas, to validate his victory.

But the international community, again led by the Organisation of American States and the EU, refused to recognise it.

The opposition, an alliance of parties spanning the political spectrum, now waited patiently before making its next move. It let Maduro’s inauguration date come and go and then, citing his lack of legitimacy at home and recognition abroad, invoked clause 233 of the constitution which says when an “absolute absence” leaves the executive vacant the president of the national assembly assumes the role. Guaidó had been sworn into that job on January 5th.

He was quickly recognised as president by most states in the region – led by the US, Canada, Brazil, Argentina, Colombia and Chile. Of the diplomatic big hitters in the Americas, only Mexico, under its new populist leader Andrés Manuel López Obrador, demurred.

The EU also held back recognition but called on Maduro to organise new elections, a demand he immediately rejected, warning: “Nobody can give us an ultimatum.” On Wednesday the European Parliament voted overwhelmingly to recognise Guaidó urging the rest of the bloc to follow suit.

Maduro’s note of defiance was a timely reminder that he was not actually absent from his inauguration, just someone the domestic opposition and most of the West deem illegitimate. He still has the backing of Russia and China, two powers that have lent Venezuela tens of billions of euro in recent years, loans the opposition have threatened to declare illegitimate.

Caracas responded to the region’s show of support for Guaidó by breaking off relations with Washington. The Trump administration responded by finally imposing sanctions on Venezuela’s oil industry, thus threatening the regime’s last real source of hard currency necessary to pay for vital imports of food and medicines.

While announcing the sanctions, Trump’s national security adviser John Bolton held a pad with the phrase “5,000 troops to Colombia” scribbled on it in full view of reporters. Asked about it, the White House repeated Trump’s position that “all options are on the table”.

That refusal to dampen down fevered speculation about a possible military confrontation raised diplomatic eyebrows around the region, especially given Chavismo’s close relationship with Moscow, which sent two nuclear-capable strategic bombers to Venezuela in a show of support in December.

Colombia quickly denied that it knew anything about Bolton’s 5,000 troops, and a US military intervention remains unlikely. Even right-wing South American administrations are traditionally nervous about direct intervention in their region by overbearing “yanquis”. Guaidó himself has said he does not expect any.

The likeliest solution to the stand-off remains a domestic one. Maduro has said he is ready to negotiate, but has ruled out new presidential elections and is overseeing a clampdown that has included the arrest of foreign journalists. The country’s top prosecutor, a Chavista, has already opened an investigation into Guaidó for “actions that diminish the homeland”.

In the absence of dialogue all eyes remain on the military. So far its commanders have remained loyal to Chavismo. Many are deeply compromised by the regime’s corruption and their involvement with the Cartel of the Suns, a loose network of drug-traffickers headed up by senior officers. However there is discontent in the ranks, as evidenced by several attempted uprisings that were quickly snuffed out.

Now recognised as president by more than 60 countries, Guaidó has called for more demonstrations to keep the pressure on Maduro.

Meanwhile Mexico and Uruguay are leading an initiative that could result in an international conference next week to seek an exit from the crisis. But Maduro shows no sign of budging. Despite the political crisis and even as millions of Venezuelans go hungry amidst the collapse of the economy, he took to the airways this week to announce a new billion euro government programme to beautify 60 of the country’s most populous cities and towns.