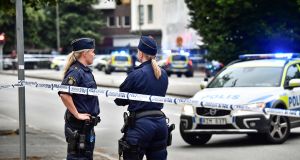 Swedish police have said the Malmo shooting was not terrorist-related. They had indicated that there was no cause for the public to be alarmed after several people were shot in Malmo in southern Sweden, news agency TT reported.

The agency quoted unnamed police as saying four people were shot. There was no information about how seriously wounded they were.

“We have sealed off the area and are conducting interviews and will interview those who are injured if they can or are willing to speak,” TT quoted Stephan Soderholm, spokesman for the police, as saying.

No update on the victims’ condition is available and police gave no motive for the shooting. – Reuters